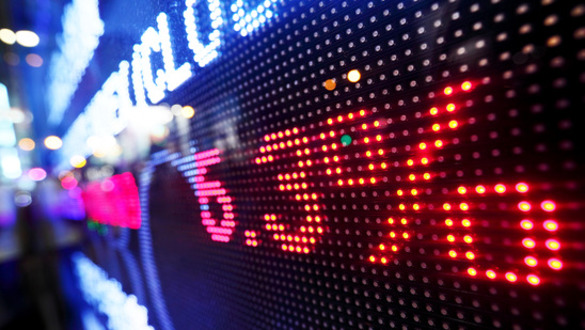 If Trump fires Mueller a record 10 million protesters will lead to a BLUE TSUNAMI in November!

Speaker's Ryan decision not to seek re- election may be justified in his mind by the fact that he doesn't want his teenage kids to only know him as a weekend father but it's by far not the only reason he's retiring from his the House of Representatives.

The most likely reasons ... The problem is the President has committed crimes that are now being exposed in Mueller's investigation. Trump did conspire through his campaign with Russian GRU contacts. He's been laundering money for Russian Oligarchs for more than a decade.
Trump has also obstructed justice repeatedly starting with the dismissal of Sally Yates.

New revelations including the transfer, demotion and firing of Justice department and FBI officials all designed to undermine former FBI Director Comey's assertion that Trump leaned on him to let General Flynn skate on his felonious influence peddling to Russian, Turkish, Ukrainian and other foreign powers.

The seizure of Michael Cohen records from his home, office and hotel room by the FBI puts Cohen in line for not just Federal prosecution but state prosecution. Worse it puts Jared Kushner, Donald Trump Jr. and Ivanka Trump at risk of criminal prosecution by NY state's attorney General Eric T. Schneiderman who now also has access to Deutsche Bank records via Robert Mueller that has President Trump suffering fits.

All of this potential Trump kryptonite is compounded by the reality that Michael Cohen is so strapped for cash he has owed fines to the NYC taxi authority for over a year. Is he going to take a bullet for Trump as he has pledged? I think a bullet is better than being sent to NY state prison where raping and assaulting privileged white prisoners is a sport.

Firing Mueller poses a serious threat of rallying the public to the point that the women's March, the #NeverAgain outpouring we have seen will look like a school lunch line by comparison. Trump after firing Mueller will likely see a protest reach 10 million participants hit American streets around the country. Given Trump's stubbornness, inability to recognize reality and ego and the exposure VP Mike Pence also has, we may ultimate see the end of this national crisis with the swearing in of ex VP Joseph Biden as first Speaker of the House and then elevation to the Presidency as a compromise caretaker POTUS46 with the pledge that he will not run in 2020.

All of this will produce many 1000 point up and down swings on Wall Street. We may see the VIX spike to the upper 40s, 50s and 60s in the weeks and months ahead. Buckle your seat belts were in for some serious volatility - an emerging consensus on Wall Street as evidenced by concurring opinions issued by several large of financial intuitions in recent weeks. Be careful careful out there as Sergeant Phil Esterhaus of Hill Street Blues was known to say.