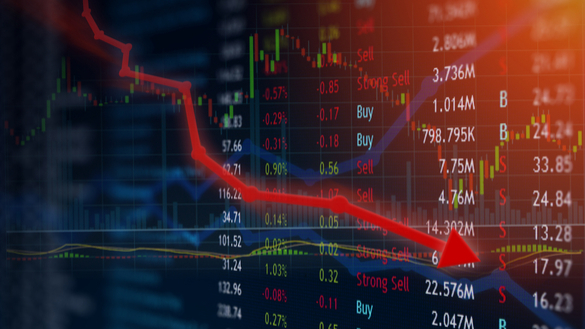 The misery on Wall Street continues with the S&P 500 falling this morning to an eight-month low, dropping as much as 500 points in early trading.

Major stocks leading the way down included Apple and the financial and healthcare sectors. They are getting hit by increasing investor fears over slowing global growth, the United States-China trade war, the United States-European trade war, legitimate anxiety over a possible hard British Brexit from the European Union and the growing number of scandals enveloping President Trump and his administration.

At the bottom of this is a developing crisis over both U.S. and Global leadership. The world order that has existed since the end of the WWII is in danger of a complete collapse. Something accentuated by appointment to replace U.N. Ambassador Nikki Haley with a former news anchor with literally no education or experience as a diplomat.

Investor fear on the open sent all 11 major S&P sectors lower. Paul Nolte, portfolio manager at Kingsview Asset Management in Chicago, focused on the economic slowdown as a factor in the bloodshed in the market was interviewed by Yahoo News and was quoted as saying …

"If the Fed is slowing, that means economic activity is below normal, and that can negatively impact earnings,"

Meanwhile, some key analysts are predicting Theresa May’s government will collapse, and Great Britain may be forced to go through a “hard Brexit” that could knock 7% to 10% off the British GNP for the next few years.

In the United States, President Trump was named on Friday as an unindicted co-conspirator according to legal analysts, and there is a growing fear that a new round of indictments may ensnare several close allies of President Trump, including his oldest son Donald Trump Jr.

James Davidson believes we could see a fall back on another 5% to 10% as more pressures build on Wall Street. The world order we have lived under the last six decades is starting to crumble. Bottom line with all the scandal and conflicts add up to a crisis of leadership that isn’t showing any signs of abating.