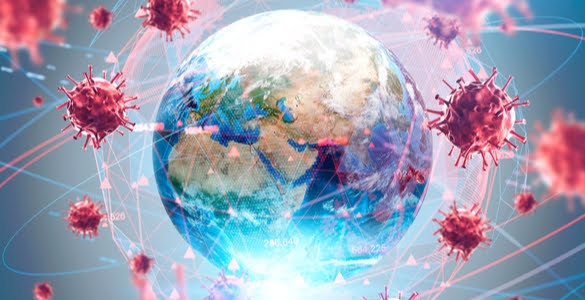 Wall Street continues to set new record highs as credible reports indicate that the Trump Administration is undercounting the released coronavirus numbers. As many as 400,000 U.S. citizens may have already died from COVID-19.

Wall Street’s major stock indexes are either close to or making new highs even though the Covid-19 pandemic appears to be getting much worse as each day passes. Besides reaching a nauseating 3,100 deaths yesterday, we are on the verge of seeing over 3,000 deaths a day during the remainder of November, December, January and February.

The U.S. recorded 3,157 deaths on Wednesday, according to the tally kept by John Hopkins University. That’s more than the number killed on 9/11, and it shattered the old single-day record, set on April 15, 2020, when New York City was the epicenter of our country’s outbreak.

Our nation’s medical infrastructure is already being overrun as over 100,000 people are hospitalized with Covid-19, of which over 26,000 are now in serious or critical condition.

The bullishness on Wall Street is ignoring the fact that our nation’s hospital system may overrun by the end of the month. Front line emergency health facilities may be forced to have their front line medical staff triage patients by choosing who will get medical care and live and who will be set aside and be allowed to die with no care what-so-ever. It’s the stuff of a nightmarish science fiction movie.

Front line emergency health care workers are exhausted already, even as Robert R. Redfield, the Director of the Centers for Disease Control and Prevention (CDC), is warning that we are facing what could become the worst health emergency in U.S. history over the next 3-4 months…

Healthcare workers on the front line are increasingly vocal in their screaming and protesting over new Personal Protective Gear (PPE) shortages, and other critical medical equipment is running out. They are being told the national stockpile that Jared Kushner insisted was re-stocked is virtually depleted.

Health and Human Services have taken over keeping track of the numbers of coronavirus infections, hospitalizations, infections, and fatalities.  The number has been purposely undercounted and that instead of the 270,000 fatalities being reported so far; the real number of those dead is as high as 400,000.

Even with the promise of coming vaccine distribution, it’s unlikely enough people will be immunized with one or more vaccines to help flatten the curve and make it possible for our medical infrastructure to sustain its ability to care for the spike of infections people needing care.

We may be short of PPE and equipment. Still, we are in even worse shape in our supply of enough health care workers to handle the 200,000, 300,000, even 400,000 daily counts of newly infected coronavirus patients that are unfolding thanks to President Trump’s insistence on following Dr. Scott Atlas’ heard immunity approach to the pandemic. It’s this heard immunity strategy and President Trump’s incompetence that could end up shattering even the over 700,000 deaths suffered in 1918 due to the “Spanish flu.”

While American’s are dying, President Trump is focused entirely on how to keep himself, his three oldest children, and his mentally ill lawyer, former Mayor Giuliani, out of jail once he leaves office. His attempt to overturn the results of the presidential election is crashing and burning.

The American people’s threat is so serious that Dr. Fauci has issued a Christmas warning before meeting with the Biden transition team, saying no one should travel or assemble.

During an interview with Andrea Mitchell of MSNBC, Dr. Fauci backed up Robert R. Redfield’s warning …

“We’re in for a very, very difficult couple of months of December and January,” but noted, “Rather than just throw our hands up in despair, there are things that we can do about it.”