Wall Street On The Verge of Wiping Out All 2021 Gains 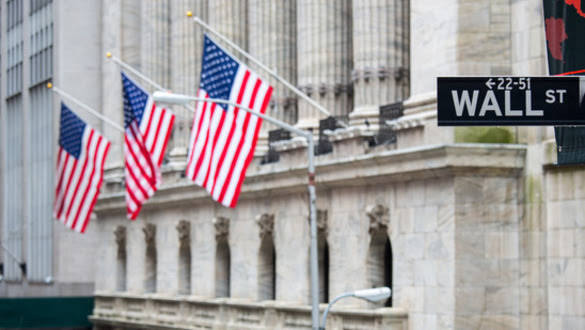 Wall Street’s major indices took a beating during Thursday’s trading session. At one point, the three main U.S. equity benchmarks had fallen enough that they were all close to erasing their year-to-date gains.

While speaking at a webinar hosted by the Wall Street Journal, Chairman Powell’s comments on the central bank’s current policy stance and why it’s appropriate suggesting moves in inflation are transitory; disappointed investors who had hoped he would say more about how the Fed would react to tamp down a rise in long-term bond yields.

Powell’s avoidance of this issue is likely based on his fundamental belief that telegraphing an attempt to manipulate, control or influence the bond market could have dangerous unforeseen consequences.

Wall Street should be much more optimistic now that the Johnson and Johnson (NYSE: JNJ) one-shot vaccination shot has been approved by the FDA for emergency use, and there will be enough vaccines to administer to every adult in the United States by the end of May.  Throw in the increasing likelihood of passage of the $1.9T Covid Relief Bill and the stimulative effect it will have on the U.S. economy and we should see stocks rally. Instead, their heading south and oil, which fluctuates on demand, keep rising on the weakness of the U.S. dollar and the belief that the Biden Administration will reduce oil production in the United States over environmental concerns.