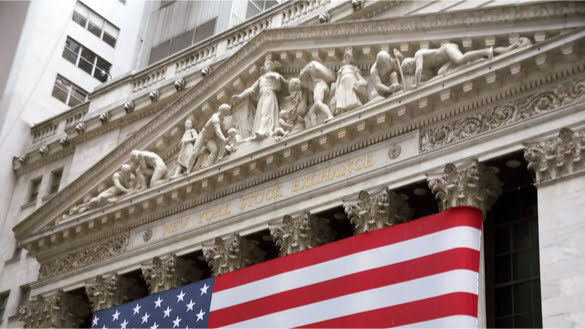 The numbers of those infected with the Delta Variant of Covid-19 continue to climb, yesterday soaring to over 100,000 a day with 516 deaths reported. Dr. Fauci warns that it could get a lot worse. The former President refuses to persuade his followers to get vaccinations.

While Republican governors like Ron DeSantis of Florida continue to fight against mandatory masking, the 4th wave of the Covid-19 pandemic is ramping up so fast that we may see the prediction made by some medical experts of 4,000 deaths a day by October come true. Even more ominous is the danger of the emergence of an Alpha/Omega variant mutation that could kill millions of Americans developing here in the United States or overseas.

Wall Street and the financial markets worldwide have yet to recognize the growing danger that the Delta variant could kill hundreds of more Americans who could die even after 625,000 have already died. The possibility that millions of Americans and tens of millions could die if an Alpha/Omega variant mutation of Covid-19 emerges isn't even considered a possibility by the news media or Wall Street at this point.

The danger is being ignored even as hospitals around the country, in 14 states, are starting to fill up and overflow with critically ill patients. 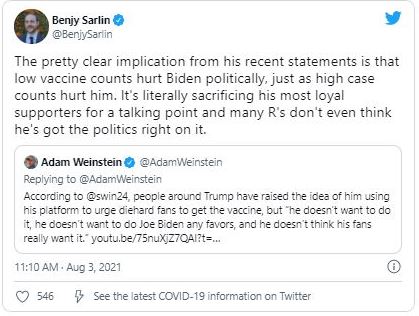 We at Wall Street Rebel are deeply concerned that not only is the Covid-19 at the tipping point of being out of control again here in the United States, Japan, and China. We're concerned that the danger of the pandemic remaining out of control throughout the third world will mean that an Alpha/Omega variant mutation could become a horrifying reality. In our sister subscription-based publication World Opportunity Trader (just $72 a year), we are about to issue one or more put options recommendations to position investors, speculators, and traders for the possibility of a Wall Street meltdown starting to take place in September and continuing through October. Don't miss this or the follow-up trade recommendations at just $72 a year for a subscription; it's a bargain.

Today the CDC warned that the Delta variant might require a vaccination rate of as high as 80% to have any hope of "herd immunity." The new high rate of vaccination ignores the growing danger that our herd immunity could also be compromised by an Alpha/Omega variant mutation reaching our shores from somewhere else in the world.

Right now, U.S. politicians and medical experts are dismissing the likely need for another nationwide shutdown. Will they stick to their optimism if our country's hospitals are overwhelmed with Delta variant cases by September or an Alpha/Omega variant mutation that proves to break through and render the current vaccines useless?

The answer is no. The U.S. economy has been enjoying a stunning comeback in recent months. Still, all that will come to an end if the Delta variant continues to upend the effort to wipe out Covid-19 or an Alpha/Omega variant mutation develops.