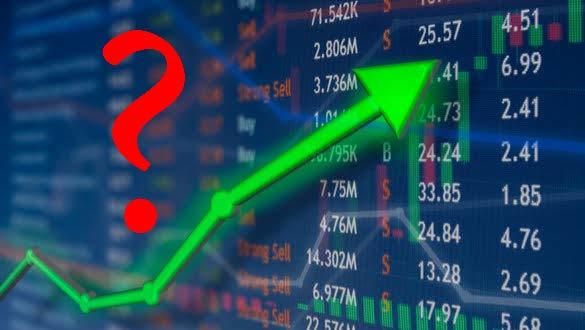 Apple (AAPL) on Wednesday became the first U.S. company worth more than $2 trillion after shares climbed more than 1% to above the key threshold of $467.77 per share in intraday trading. Both Target (TGT) and Lowe’s (LOW) reported second-quarter results before the market open that surpassed consensus expectations.  As millions of consumers turned to each retailer driven to the companies websites by the coronavirus pandemic, as stay-in-place orders were in effect and consumers avoid going to the brick and mortar stores.

If you’re focused on Wall Street’s performance, you may be convinced the pandemic danger has passed, and the country is well on its way to a big V-shaped recovery despite the 5.6 million infections and over 175,000 deaths. At the current pace of fatalities, we’ll likely see 250,000 deaths and almost 9 million infections by November 3, 2020, Election Day.

Amazingly the S&P 500’s has jumped 52% from the March 23 low. The S&P 500 has literally by definition, ended the shortest-ever recorded bear market in history.

The big bounce-back has been fueled in large part big technology stocks like Amazon (AMZN), which has hit an all-time new high after the company announced plans to add thousands of more jobs to major hubs across the country. The jump in technology stocks many listed on Nasdaq Composite has rallied that index to yet another record high on Tuesday as well. Investors and funds are focused on the same big names in software and technology names initially as a defensive play against the pandemic and stay-in-place orders. They have been awarded the kind of gigantic gains that are normally the stuff of a bull market.

The red hot U.S. Stock Market, however, shows no signs of the misery on main-street as tens of millions of American, some 30 million American’s remain unemployed as a result of the coronavirus pandemic, and as the prospects for another fiscal stimulus package seem stymied by President Trump and GOP insistence that any aid cannot take place unless employers are indemnified against a workplace claim by employees if they contact the coronavirus on the job. The democrats are not likely to betray their Union supporters, middle class, and poor workers.

A new stimulus package will also not likely take place thanks to Trump and the GOP instance that states, cities, and localities are not bailed out for the losses in sales and other taxes they’ve lost during the pandemic. Without help for the federal government, the country could lose another 4 million to 12 million jobs as government works get laid off. The layoffs will be compounded by the evictions of up to 30 million people at the end of September.

Meanwhile, Trump and the Republican Party are enthused and emboldened by improving economic numbers. A lower growth rate in the coronavirus spread in recent epicenters in the South and West. Also helping their cause is the data on the housing market, retail sales and manufacturing activity that are showing pockets of the economy that have at least begun to recuperate some of the damage done during the height of stay-in-place orders. Peter Gracchi, head of designated market maker floor trading for Citadel Securities, is quoted as saying in an email to his firm’s clients as saying…

“Many people believe that the market isn’t accurately reflecting the severity of the underlying health and economic crisis – that’s because the market is focused on the future versus what’s happening in real-time.”

“The reason we saw real-time record lows at the beginning of the pandemic was because of the uncertainty surrounding the virus.”

“Now that investors, to a certain degree, have a handle on the situation, the moves have become more forward-looking, more optimistic and the market is behaving as it historically has to date.”

We at Wall Street Rebel still hold the opinion this rally is artificial, and the stock market is now in the most massive bubble in its history. There are three significant dangers ahead that could send Wall Street back to or even lower than the March 23, 2020 lows…

1.     A failure to come to an agreement on bailout out the states for the tax and other revenues they lost due to the pandemic and will result in a huge jump in unemployment.

2.     School openings could create a new wave of coronavirus infections. Children are not immune and are capable of spreading the virus just as efficiently as adults.

3.     The Flu season is approaching, and as Dr. Robert Redstone of the CDC has warned, the combination of the flu and the coronavirus could create the worst health crisis in U.S. history.