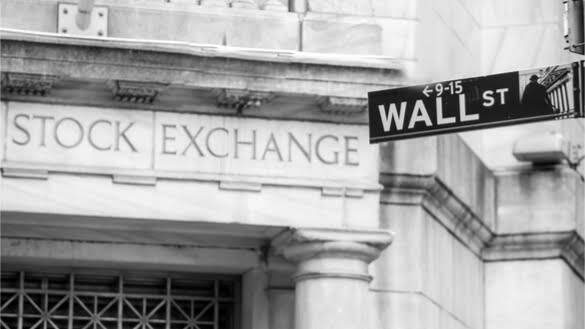 Although no default will occur, the United States may lose another of its triple-A credit ratings, which would be disastrous.

As the year comes to a close, experts evaluate the possibility of a recurrence of the debt-ceiling stalemate in Congress, which has given Wall Street investors some respite from concerns about a potential debt default.

In a letter to legislators, the chiefs of major banks and financial organizations warned that if the debt limit were not increased by October 18, the government would be forced to default on its obligations.

The proposal proposed by Senate Republican Leader Mitch McConnell on Wednesday would extend the borrowing limit through the end of December, offering some relief but no long-term solution to the debt ceiling crisis.

S&P Global Ratings' lead U.S. sovereign credit analyst Joydeep Mukherji wrote in an email on Wednesday, "there will be many proposals, trial balloons, and negotiations going on to resolve this issue." S&P's view on the underlying credit rating of the United States has not changed, Mukherji added.

As Mukherji put it in a recent interview, the prospect of the United States' credit rating falling from AA-plus to D because of a default was "crazy, very difficult, almost hard to conceive."

Stocks rose on Wednesday as investors responded favorably to news of a possible, though temporary, solution, with Treasury rates dropping as well.

On Wednesday, NatWest analysts said in a research note that "two months seems like plenty of time" and that "we" believe the debt limit would be increased via reconciliation by then. "We do not anticipate reliving the previous week's events come December," the analysts wrote.

Conservatives said that Democrats might utilize the following weeks to enact a lengthier debt-ceiling extension via a complicated procedure known as reconciliation. This would enable Democrats to use their razor-thin Senate majority to pass the legislation without the cooperation of Republicans.

After exhausted all other alternatives, Goldman Sachs analysts said on Wednesday that the result might be "what had seemed to be the most probable outcome all along, which is that Democrats utilize the reconciliation procedure to raise the debt ceiling shortly before the deadline."

Following the passage of the temporary extension proposal, Democrats would be forced to confront the debt limit issue once again in December, just as the threat of another federal government shutdown grows.

That may make it more difficult for them to approve two large spending measures, which account for the majority of Biden's domestic agenda.

If a solution is not found, there are serious consequences.

The financial risk company Moody's Analytics, which is not affiliated with Moody's Investors Service, said a default would be a "catastrophic blow" to the United States' economic recovery from the COVID-19 epidemic and cause global financial markets to be thrown into disarray.

According to Moody's Analytics, an inadvertently missed Treasury bill payment in 1979 led bill rates to jump by 60 basis points and stay high for many months, resulting in tens of billions of dollars in lost interest revenue.

The main credit rating agencies do not believe that the United States will default on its debt.

The country's respective ratings of AA-plus and AAA will be reduced to A.A., according to recent research and interviews, if any payment on a Treasury bill, note, or bond is not made, even if it is a temporary or so-called "technical default."

When the United States defaulted on its debt, downgraded Moody's Investors Service, which rates the nation AAA with a stable outlook, said that the country's rating would be "restricted" and that all U.S. Treasury instruments would most likely be rated.

According to recent research and interviews, default on any Treasury bill, note, or bond payment, including a temporary or so-called technical default, would cause the country's respective ratings of AA-plus and AAA to be downgraded by Moody's Investors Service.  When it comes to the United States, Moody's stated a default would have a "limited" effect on the country's rating and would likely result in downgrading the rating for all Treasury securities issued by the United States.

Although there will be no default, if a solution is not found to avoid a liquidity crisis, the United States faces the possibility of losing another of its triple-A credit ratings, which would be catastrophic.

Standard & Poor is from A.A. to AA-plus lowered the country's credit rating on August 5, 2011, after a series of political skirmishes over the nation's debt.

The United States has been rated AA-plus since October 2020, down from AAA, where it had been rated since 2017. According to David Carruthers, head of research at Credit Benchmark, a financial data and analytics company that collects the internal credit risk views of more than 40 institutions around the world, including 15 global systemically important banks.

More than 40 financial institutions from across the globe, including 15 global systemically significant banks, have participated in Credit Benchmark's internal credit risk assessments, which have earned the organization an A+ rating.

How U.S. debt default could impact Americans and the global economy