VMware has the Software Enabling it to Reach for the Clouds 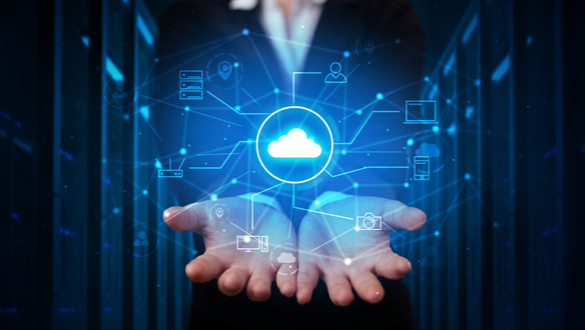 VMW will become a cloud software services giant in the next five years and we wouldn’t be surprised to see it rise; to over $600 a share by 2025.

VMware (NYSE:VMW) is among Dell Technologies’ (NYSE:DELL) best-performing companies and is a highly undervalued stock, currently selling at around 10x times its earnings in 2019. VMW stock is headed for a phenomenal year in 2020. It recently acquired Pivotal Software for over $2.7B and now offers complete cloud solutions against International Business Machines’ Red Hat unit.

Both companies offer ‘hybrid cloud’ services, where important corporate data centers use the very same software for interacting with the cloud services provided by Amazon, Alphabet, and Microsoft.

However, VMware had to undergo a complete transformation of itself & its offerings for reaching this point. It currently has significant relationships with every major public cloud and has 4300 regional providers. It used to be solely dedicated to providing vSphere virtualization software previously to data centers.

Its growth is poised to see a significant boost after customers realize the advantages to be gained by opting for hybrid cloud services.

Cloud computing was the biggest tech to emerge from the last decade.

Open-source software, distributed computing & virtual machines were integrated to create a new, hosted, and low-cost paradigm that transformed corporate computing. VMware dominated the virtualization space. It is now seeking to expand its vSphere into Kubernetes container space that allows firms to place their existing software in cloud formation.

This news alone could boost its growth tremendously. Cloud software services account for just 25% of enterprise software sales at the moment. However, analysts are voting in favor of purchasing VMW stock since its parent company Dell is leading the hyper-converged storage field.

Clouds remain highly centralized at the moment. Hybrid clouds will take off once cloud tech reaches the edge of the network. VMware Is targeting this market now and seeking to help develop the VR, AI, and automated factory fields. In order to work seamlessly, these apps require powerful cloud resources that can be provided by VMware.

VMware went through 2019, prepping for this transition and investing in programmers from India for enhancing the vSphere’s container-friendliness, naming it Project Pacific. A tech company called Gartner states that over 75% of all companies would be operating containers before 2022, thus boosting VMware’s chances of winning big.

The company's net income has grown by 21% during the last year & 18% during the previous year. Even when you factor in all the extraordinary gains that were made from restructuring, this stock is trading at 21x times its estimated earnings for 2021.

A few investors are questions whether the company is capable of pivoting from vSphere seamlessly – from corporate data center-focused software to cloud computing.

In spite of earning a net income of $1.8B during the last three quarters, VMware hasn’t declared any regular dividends so far. Since Dell owns a whopping 82% of the company, only a mere 18% of the company’s stock is available to be traded.

Before VMware’s acquisition was completed successfully, Dell was losing money as well. However, it did pay out $11B in a special VMware dividend when it completed a deal for taking itself public. But most of this money went straight to Dell shareholders, the hedge fund Silver Lake, and Michael Dell himself.

World Opportunity Trader points to VMware as a strong buy.

Valuing VMW stock properly can be slightly difficult since it isn’t an independent firm. It’s controlled by Dell who operates the company to suit its self-interests.

However, with VMware relaunching itself as a pure cloud software service company, World Opportunity Investor has a $250 target VMware in the next 12-24 months.