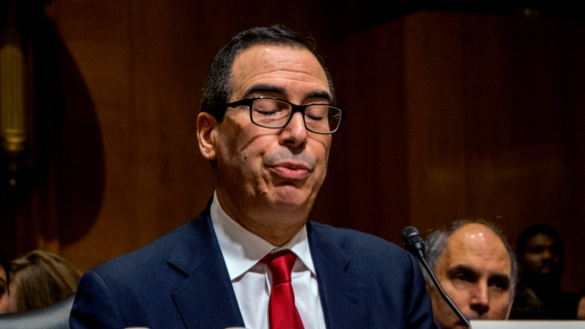 U.S. Treasury Secretary Mnuchin has confirmed the United States and China currently have no trade talks underway – President Trump even though he is threatening to unilaterally raise Tariffs on $200 billion of Chinese U.S. imports.

Further, on Thursday Mnuchin admitted during a hearing before lawmakers in Washington. The Trump administration is literally gambling that China will be willing to make significant changes,

"I would say to the extent that the Chinese want to make serious efforts to make structural changes, I and the administration are available any time to discuss those,"

"We are monitoring very carefully the impact of tariffs and we will continue to do so," he said.

On Wednesday, China said it would hit back after Washington escalated their trade dispute, threatening 10 percent tariffs on $200 billion of Chinese goods.

Mnuchin also said that the renegotiation of the North American Free Trade Agreement was a big priority for the administration now that Mexico's recent presidential election had passed.

The United States, Canada, and Mexico had been negotiating to revamp the 24-year-old trade pact since last August, but talks have stalled over U.S. demands on autos and other issues. Mnuchin’s comments on Thursday clearly indicate there are no negotiations underway.