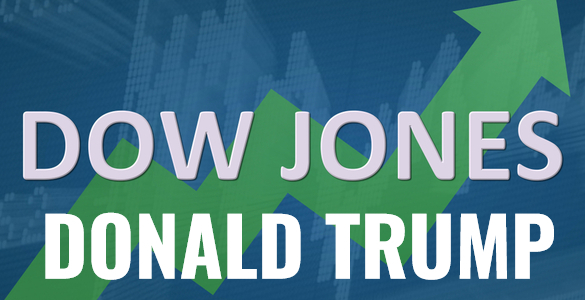 While the Democrats appear kneecapped by the incompetence of their Iowa Caucus Monday night, Trump is on a run of good news including his pending acquittal by the U.S. Senate and a Gallup Poll showing him at a 49% approval level. Wall Street appears euphoric!

The Dow Jones has exploded to the upside in the last two days by as much as 1,000 points. Those who had short the market over the Coronavirus contagion have been caught flat-footed, even as reported infections jumped from 20,500 to 24,642 in a single day. Deaths have surged to almost 500.

One exception to the bullishness on Wall Street is Tesla (TSLA) which, after jumping over $100 a share yesterday and hitting an all-time high, is today at risk of suffering its worst trading day in 7 years. TSLA is down $163.52 a share or -18.43% at $728 after being over $900 a share yesterday.

One of our favorite stocks Biogen Inc. (BIIB), jumped $62.19 (+21.95%) to $345.48 after news that it won a court decision on its Tecfidera patent challenge. This win was over Mylan (MYL) who contested the validity of a patent on its multiple sclerosis drug Tecfidera. Mylan failed to prove that the Tecfidera patent shouldn't have issued according to U.S. Patent Trial and Appeal Board; shares of Biogen are up to $64.68 (+22.83%) and trading at $347.98 at 2:30 PM EST, which is a 52 week high. Part of this run may be like Tesla yesterday, driven by shorts that we’re caught off guard. Biogen is working on a new Alzheimer’s treatment that, if approved by the FDA later this year, a time estimate laid out by the company’s management could either send the company’s shares to $450 each or if rejected could send its shares back to $270 again.

Wall Street’s sudden explosion to the upside is being attributed to the President Trump’s improving chances of re-election and the prospect of additional tax cuts and deregulation.  Donald Trump appears to have a more favorable chance of re-election as indicated in the latest Gallup poll that shows him hitting his highest approval numbers during his tenancy in the White House, 49%.