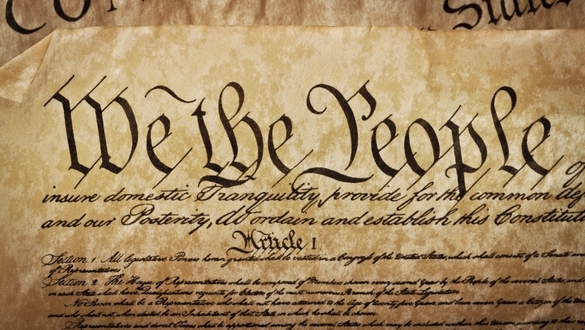 The Mueller report makes the case that President Trump attempted to obstruct justice on several occasions and had it not been for his aids and White House lawyer Don Meghan and others in his administration ignoring his orders, Trump would have obstructed justice.

No matter how despicable Trump’s abuse of power and how unlawful he behaves. GOP lawmakers will cover for him, and the financial markets will ignore any abuse of his power.

Is the rule of law dying in these United States?

Will the collapse of the rule of law lead, to the death of our Democratic Republic?

Will President Trump continue to deny the Russian government did everything possible to interfere in the 2016 election for the sole purpose to elect Donald J. Trump?

Will the Democrats launch impeachment hearing to force President Trump to turn over his tax returns, the un-redacted Muller report and subpoena everyone from AG Barr to Hope Hicks to show for all to see the depths to which this President has sunk to subvert the Constitution?

If the shoe was on the other foot and Attorney General Loretta Lynch had conducted the press conference Attorney General Bill Barr held on Thursday, every current Republican Senator and Congressperson would have demanded Barr’s resignation or would be insisting on his impeachment.

With the risk of the United States slipping into becoming an authoritarian Kleptocracy and the U.S set to grow by $1 trillion a year -- the U.S. financial markets continue to rise. Not even President Trump’s ongoing attempt to cripple the Federal Reserve’s independence has any negative impact on the financial markets.

The Dow Jones and the S&P are just 1.4% and 1.3% respectively from their historic high.

Testimony from Robert Mueller may prove to be an explosive indictment of President Trump, which could be followed up with and supported by evidence of tax fraud, wire fraud, bank fraud, and Russian money laundering with the help of Deutsche Bank. The question again will it matter. Is Donald J. Trump above the law?

I for one believe that at some point the financial markets are going to wake up to President Trump’s lawlessness and incompetence. If this awakening comes after the major U.S. financial index averages have made new highs and is triggered by a catastrophic black swan event, the potential for 15% even 20% decline in less than a week will leave most on and off Wall Street ironically wondering, why so few people saw the potential for the carnage given all the warnings signs.