U.S. Stock Market Soars Back into the Black for the Year! 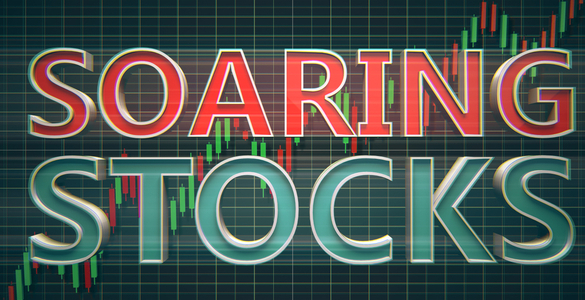 CNBC’s Jim Cramer says the rebound is driven by investor expectations that President Trump will be re-elected after the Iowa Caucus debacle last night.

The U.S. stock market jumped sharply higher today as investors weighed the implications of delayed results from Iowa’s presidential caucuses and new stimulus efforts by the People’s Bank of China, as it tries to combat the economic impact of a deadly Wuhan virus that has claimed 427 lives and has infected more than 20,500 people according to the latest official government count.

The Dow Jones rose by as much as 500 points even while the deadly new Wuhan Coronavirus continued to spread. The vast majority of the Coronavirus infections, and all but two of the documented deaths, were all in mainland China.

Chinese officials have agreed to let American experts into the country as part of a World Health Organization team in the coming days.

This concession by the Chinese government to work so closely with WHO comes after senior members of the Communist Party have openly admitted "shortcomings and deficiencies" in the country's response; to the deadly virus.

President Xi Jinping declared "a people's war of prevention" against the epidemic today, threatening severe punishment for anyone found to be neglecting their duties as control efforts continue to ramp up to stop the deadly virus.

The good news – the spread of the Coronavirus remains minor outside China.

According to the latest counts, there are 11 cases confirmed in the United States as of yesterday, including six in California, one in Washington State, one in Arizona, two in Illinois and one in Massachusetts. More than 80 other Americans were being tested for the virus.

Chinese stocks rallied as a result of the country’s central bank injecting $22 billion into the market and relaxing rules regulations and allowing health insurers and other companies in China to increase their investments in stocks from 20% of their balance sheets to 30%, and relaxing banking reserve regulations.

The wild rally in the U.S. stocks was led by Tesla, Inc. (TSLA:NasdaqGS), which rose as much as $160 a share and is now trading at 911.93+131.93 (+16.91%). Investors were buoyed by the company’s earnings report and are starting to recognize the cutting edge technology company has become a cutting edge battery developer and manufacturer with a growth potential of 50% a year.

While most analysts credit the rally to Tesla’s explosive pop, Beijing’s efforts to limit the spread of the Coronavirus and the People's Bank of China’s (PBOC) attempt to stanch the economic pain for China is a viable reason as well.  The PBOC offered funds in the overnight market for a second consecutive day, to ease the economic stress of containing the viral outbreak, according to The Wall Street Journal.

Jim Cramer, CNBC’s “Mad Money” host, had a much different take on the rally on Wall Street. Cramer tweeted that the political situation was what drove up stock futures higher, reflecting possible optimism toward the prospect of the re-election of President Donald Trump who is expected to be cleared by the Senate on Wednesday in his impeachment trial.