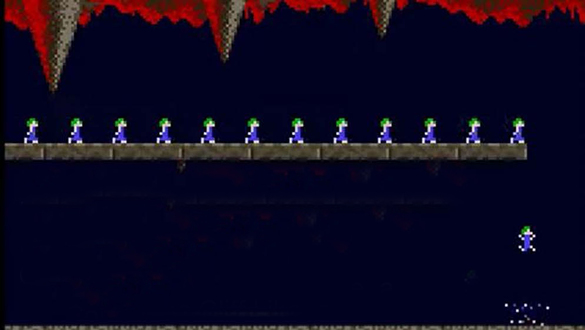 Five signs that you should pay attention to in today's economy so you don’t get caught in a vicious correction.

Former President Trump bragged that the U.S. Stock Market had the most significant rally anyone had ever seen. He swore that if Joe Biden was elected President, the stock market would crash, and investors would see their IRA’s and retirement accounts crash. Trump is a pathological liar, and facts have never mattered to him. The truth is that in the first 100 days of the Biden Presidency, the stock market is up more than 8%, and not since President Kennedy has the market climbed so fast.

Now we have to ask, is this a new Wall Street stock market bubble and if so, what signs should we be looking at to determine if the rally will continue.

1. Is the rally we see all one of hype and no substance?

Most stock market stock bubbles are built on a good story; hype the promise of better to come. The radio stock market bubble of the 1920s, the dotcom bubble of the late 1990s both were based on how radio and then the internet will change everything.”

The housing bubble of the 2000s was based on the promise that “Real estate never goes down in price.” Even the late 19th century’s railroad mania promised that the massive benefits of the railroads would transform the United States and revolutionize travel and transportation.

Unlike individual stocks promoted by boiler rooms and internet promotions that prove worthless, the stock market bubbles snowball so that the masses are sucked in.

For those who turn to Amazon, Facebook, and Apple as proof that the internet has and would change the world, keep in mind for every Amazon, Facebook and Apple, there were 100 so-called can’t lose internet-related stocks went bust and took their investors for every penny.

Today: there is a widespread story that’s captured the imagination the way that dotcom stocks did, companies that will change the world producing electric vehicles, self-driving cars, software-as-a-service (SaaS) companies, Uber, and the cryptocurrency bonanza. The stories of incredible wealth to be had are all indicative of a stock market bubble.

2. Stock Prices Continue to Rise No Matter How Bad the News

When a stock market bubble is underway, every new report, good or bad, results in stock prices rising. If a company reports disappointing earning? The stock still rallies. When stocks continue to rally regardless of the bottom line and are driven by the promise of better results tomorrow and this is happening across the stock market, and stocks seem unbreakable and are for a time, you’re likely witnessing a stock bubble.

Today: stocks have climbed over 8% despite the Covid-19 pandemic ravaging most of the world because investors here in the U.S. see the pandemic receding. They’re not taking into account the ominous spread in India and the rest of the third world. Many cases, including the significant indexes, have soared past their pre-pandemic levels to new highs, and valuations on stocks are beginning to appear euphoric.

Not all individual stocks are overpriced. Yet many stocks like Tesla have valuations that are insane. Tesla is valued higher than the next nine carmakers combined, despite being barely profitable and facing increasing well-funded competition.

3. Other Investments are Soaring to Ridiculous Levels

Stock market bubbles can also be exposed when other assets, not just stocks that are soaring. Flush with cash from stock successes, investors seeing a booming economy or easy money, speculators rush out to buy other highly risky assets.

When the frenzy bleeds over to collectibles, artwork, and even non-tangible investments like cryptocurrencies and promoters begin hyping up “new investments.” By highlighting how investible sports cards, memorabilia, or how art from the great masters never seems to decline in value, you’re likely right in the middle of a stock market bubble.

Now “investible” assets are soaring in value like digital art through NFTs that have no intrinsic value, pay no dividends is evidence of a vast bubble.

Today: thousands of examples of silly hyped investments are flooding the markets, and like lemmings, speculators are falling prey to the hype of their promoters to rush in and invest. The best example of this ominous trend is both NFT’s and cryptocurrencies. According to CNBC, cryptocurrency has a total market valuation of $2 trillion as of early April, with Bitcoin holding the lion’s share of that enormous valuation

4. When Ever New traders Start Saying Old Investors ‘Don’t Get It’ and it’s a New Paradigm, Watch Out.

The old adage that when taxi drivers, hairstylists, and grocery clerks are giving you investing tips, it’s a real sign that a bubble is underway that’s so big it’s attracting neophytes inexperienced investors who have no clue. And, day traders will soon be jumping out of 20 story building’s windows ahead.

When you hear breathless promoters and inexperienced investors saying, “this time it’s different,” you’re likely in a bubble market situation. Almost always in recent years, these same people will argue Warren Buffett doesn’t “get” the new paradigm and that Buffett and other similarly “old school” investors are behind the curve. That’s a signal of a stock market bubble.

Today: SaaS companies are great examples of bubbly stocks trading at nosebleed valuations like those that crashed in the dot com bubble. While they promised and delivered high revenue, they all reached price levels that never were justifiable. Consider the Coinbase IPO, unprofitable car-hire services such as Uber and Lyft, and others - all at nosebleed valuations.

It’s the same every time a stock market bubble pops. During the last phase of a stock bubble, the price levels for stocks are all out of proportion. Valuations are at the highest levels ever seen and the hipsters and novice investors all say it’s just the beginning. Yes, a stock can rise 100% and not be in a bubble if its underlying fundamentals have improved significantly. Or if a stock starts from a low valuation and then measure after a solid bull run, it may not be a bubble situation. But when everything starts looking overvalued, it’s likely a bubble situation.

It’s easy to cherry-pick price increases and say that we’re not in a bubble without looking at the broader market. Also, stocks could be in a bubble for a while before the day of reckoning arrives.

Today: The Stock market’s strong run has sent the major indexes into high relative price highs, and while few would call them cheap as a whole, they are still within reason. If you look at the valuation of the S&P 500’s pre-pandemic high somewhere near 3,380 in February 2020 to today’s prices (while pretending the pandemic didn’t happen), you will find a rise of around 30%. That’s not egregiously high.

Meanwhile, using 2020’s lows compared to the highs of this past week could appear to many as a bubble but are just at the high end of the valuation range.

With all the money flowing into the economy from the stimulus and the Fed, are today’s major indexes unreasonable? Maybe not, but there are so many bubble stocks and bubbling assets, we may be approaching a bubble pop that wipes out millions of investors, traders, and speculators. Be careful.