US: Russia Could Invade Ukraine at Any Time 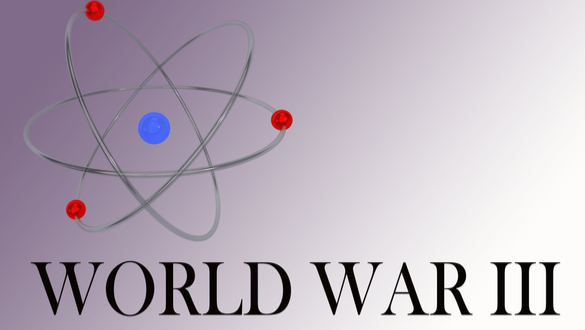 U.S. intelligence warns that if Russia launches a full-scale invasion of Ukraine, portions of the country might fall in a matter of days, with a possible death toll ranging upwards of 50,000 people. Ordinary folks are now learning how to handle guns, provide first aid, and transport the injured as part of a preparation effort.

The Biden administration issued a warning on Friday, asserting that Russian President Vladimir V. Putin may launch a massive operation against Ukraine at any time, given that Russia has considerable land, sea, and air forces on three of Ukraine's borders.

Initially, U.S. intelligence officials thought Mr. Putin was ready to wait until the end of the Winter Olympics in Beijing before ordering an assault to avoid antagonizing Chinese President Xi Jinping, a critical ally. According to the sources, they allege that the pace has begun to quicken in recent days, an acceleration that Biden administration officials began publicly admitting on Friday.

Sullivan, the president's national security advisor, told reporters on Friday that "additional soldiers have arrived at the Ukrainian border" and that an invasion may begin "during the Olympics," which are set to finish on February 20. He also recommended that all Americans leave Ukraine within 24 to 48 hours, depending on their circumstances.

Regardless of what happens next, the West seems to be more united than in years. Mr. Sullivan noted that U.S. officials were still unclear if Mr. Putin had decided to invade. "We're ready for anything," he said.

President Joe Biden, who has said that he would not deploy soldiers to Ukraine under any circumstances, has warned that if the United States and Russia start shooting at one other, a global war will erupt and kill billions of people.

According to the alliance, the combination of Russian army maneuvers and new information about a possible date led to a flurry of diplomatic activity and public threats from NATO nations on Friday. Officials from the United States said they had obtained intelligence indicating that Russia is contemplating next Wednesday as the target date for the start of military action. At the same time, they recognized that specifying a particular date may be part of a Russian disinformation effort.

During a press conference in Melbourne, Secretary of State Antony J. Blinken warned reporters that an "invasion might commence at any moment." "We continue to witness highly troubling evidence of Russian escalation," Mr. Blinken stated, stressing that "more soldiers have arrived at the Ukrainian border," among other things. And, to be clear, this includes the period around the Olympics."

The United States and numerous other countries, most notably the United Kingdom, Japan, Norway, Latvia, and Denmark, have issued a series of increasingly urgent requests to their citizens to evacuate the Ukrainian war. Despite having ruled out the prospect of sending troops to safeguard Ukraine, the U.S. has increased deployments to NATO member countries in Eastern Europe. The Pentagon dispatches an extra 3,000 soldiers to Poland on Friday.

According to Russia's foreign ministry, propaganda warfare against Moscow is underway, a record of previous Western warnings of an impending invasion. "This misinformation is meant to undermine and discredit Russia's reasonable demands for security guarantees, as well as to legitimize Western geopolitical aspirations and military absorption of Ukrainian land," according to the study.

According to Mr. Sullivan, officials are unclear when or if Russian President Vladimir Putin would decide to attack Ukraine, and that "Russia may elect in concise order to undertake a real military offensive on Ukraine." In the background, Vice President Biden was ready to board Marine One for the weekend trip to Camp David, which could be heard whirring in the White House briefing room.

According to Mr. Sullivan, "the risk is now large enough, and the threat is now serious enough, that this is what prudential conduct requires." It was also said that "we believe he will very likely give the final go order," but that "we are not standing before you today saying the order has been granted."

President Biden urged Americans to leave Ukraine as quickly as possible in an interview with NBC News' Lester Holt on Thursday evening. This follows a State Department's advice that "military action may occur at any moment and without notice," the department's harshest wording to date. In addition, the president said that in a full-fledged battle, the U.S. would not send troops to rescue Americans to prevent a confrontation with Russia.

"We're dealing with one of the most formidable armies on the world," Vice President Biden said. "This is a totally different setting, and things might quickly spin out of hand."

According to Interfax, the Kremlin said that President Vladimir Putin and Vice President Joe Biden would speak by phone on Saturday at the request of the White House and that Mr. Putin will also speak with French President Emmanuel Macron again.

According to the White House, the leaders chatted for almost 80 minutes on a conference call designed to focus on "diplomacy and deterrence."

Russian President Vladimir Putin commented as his nation continues to build up its military around Ukraine — in Belarus, western Russia, and Crimea, which it took from Ukraine in 2014 — in what U.S. and NATO officials have said seems to be preparation for an invasion.

Ukraine claimed on Friday that rebels backed by Russia were conducting military maneuvers in a section of eastern Ukraine under their control while Russia was conducting drills near Ukraine's border.