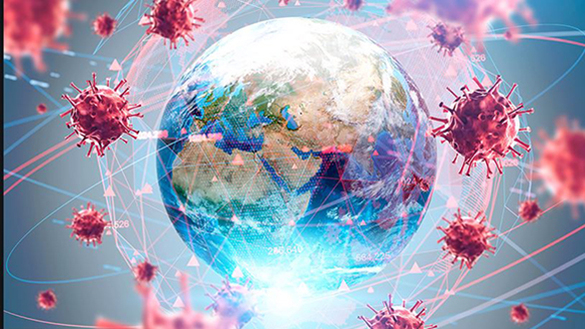 Food and Drug Administration (F.D.A.) and Central Disease Control (C.D.C.) have authorized a third dosage of the Pfizer and Moderna vaccines for individuals with impaired immune systems who have had two previous doses approved by them.

An independent panel advising the Centers for Disease Control and Prevention recommended that certain people with weakened immune systems get third doses of the coronavirus vaccine. It recommended that the Food and Drug Administration approve the extra injections.

People who have undergone solid organ transplants or who have immune systems that are similarly weakened and are at a higher risk of severe Covid-19 infections were approved for third doses by the Food and Drug Administration.

Individuals in the Pfizer-BioNTech or Moderna vaccination categories that already had two doses of the vaccines were unanimously recommended to get a third injection on Friday after almost three hours of presentations and discussion by the Committee on Disease Control.

Doctors and public health organizations closely follow the panel's recommendations, even if they are not legally obligatory.

Some people are taking matters into their own hands.

The Centers for Disease Control and Prevention (C.D.C.) panel heard on Friday that slightly more than a million people in the United States who had a two-dose vaccine have already gotten a third injection.

Director of the Centers for Disease Control and Prevention Dr. Rochelle Walensky quickly accepted the request, calling it "a crucial step toward ensuring that everyone, particularly those most vulnerable to Covid-19, gets the greatest level of protection from Covid-19 vaccination."

It is estimated that about 3% of Americans have weakened immune systems, which may be attributed to a variety of reasons, such as a family history of cancer or the use of certain medications such as steroids.

The Centers for Disease Control and Prevention (C.D.C.) has announced that those who have advanced or untreated H.I.V. infections, those who have had specific types of stem cell transplants within the last two years, and those who are undergoing certain forms of chemotherapy may now be eligible for third doses of the vaccine.

Dr. Goswami recommends that patients who receive immune-suppressive treatments get a third dose before the treatment.

According to the Centers for Disease Control and Prevention, a third injection should be given at least 28 days after the second.

In the case of people with weakened immune systems, he added, "It is incredibly difficult to come up with clearly delineated criteria for who should be getting" a third injection.

As a rheumatologist at N.Y.U, Langone Health who has studied the impact of vaccinations on immunocompromised patients, Dr. Jose U. Scher believes that this decision — as well as the advice of its experts — will provide patients who had been debating whether to get a third dose of the flu vaccine with greater confidence.

"There were no ways for us to respond to it," said Dr. Aziz when someone tested negative for antibodies after immunization in the past.

According to him, " We now know that this population was being left behind."

According to the C.D.C, a third injection will not need the permission or prescription of a physician in the case of immunocompromised people.

To qualify for the additional dose, they will need to verify that they meet all of the qualifying requirements.

According to the researchers, any other individuals, especially those suffering from chronic medical conditions such as diabetes or asthma, should abstain from getting third shots at this time.

Dr. Scher foresaw that this honor-system-based approach would be challenging to manage.

The doctor went on to say that he was "not convinced there is any way to verify someone's claim" of immunocompromised condition.

He went on to say that requiring proof, such as a doctor's note, would be a more suitable process.

Immunocompromised people who received the Johnson & Johnson single-dose vaccine are exempt from the new Food and Drug Administration approvals.

For that group, which is believed to be small, the C.D.C. panel offered no further recommendations.

The lack of guidance from the Food and Drug Administration or the Consumer Product Safety Commission, on the other hand, has left that group in limbo.

Dr. Peter Marks, the Food and Drug Administration's top vaccine regulator, said at the panel's meeting, "We understand the challenges here, and as a consequence, we will work hard to find a solution."

In addition to clinical trial data from Johnson & Johnson on the safety and efficacy of two doses, the F.D.A. is awaiting further information, which it expects to receive this month.

C.D.C. official Dr. Kathleen Dooling urged patients who qualified for a third dosage to seek out the vaccine they had previously had, but she also advised them to seek out the other two doses if necessary.

Dr. Dooling emphasized that immunocompromised patients should continue to wear a mask, maintain social distance from those they do not reside in, and avoid crowds and poorly ventilated interior environments even after getting a third dose.

Individuals with weakened immune systems, she said, are also at a higher risk of contracting a breakthrough infection.

, the reaction of some immunocompromised people to third doses suggested that there may be some benefit.

The patient's antibody levels increased significantly after getting the third dose of Moderna's vaccine two months after receiving the second dose, according to a randomized, placebo-controlled study including over 100 organ transplant recipients.

, patients who did not have a detectable antibody response to their first two doses of the vaccine acquired one after receiving a third dose.

Third-day doses have also been shown to be safe in research.

In response to a debate over whether individuals who received vaccines early in the country's vaccination program will require booster doses in the near future, the panel's recommendation comes when scientists and public health experts say there is insufficient evidence to support such a move.

The Centers for Disease Control and Prevention and the Food and Drug Administration have been careful in portraying the approval of third doses for people with weakened immune systems as a unique issue.

In a statement announcing the authorization on Thursday, Dr. Janet Woodcock, acting commissioner of the Food and Drug Administration, other individuals who are fully vaccinated are adequately protected and do not require an additional dose of the Covid-19 vaccine at this time. Dr. Woodcock added that the agency was "actively engaged in a science-based, rigorous process with our federal partners" to determine whether the vaccine should be authorized.