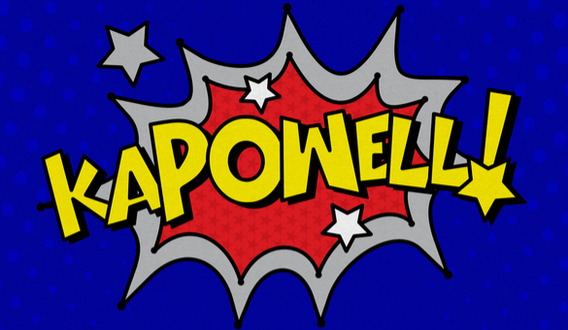 For more than 30 years, mortgage interest rates have not climbed at this quick breakneck pace. In addition, they don't seem to be slowing down anytime soon.

Rates for 30-year fixed-rate mortgages climbed for the sixth week in a row, according to Freddie Mac's newest data, which was issued on Thursday.  (A point is a charge paid to a lender equivalent to one percent of the loan amount.). An additional interest rate is charged on top of it.) A week ago, it was 4.67 percent, and a year ago, it was 3.13 percent. Mortgage rates have risen by 1.5 percentage points in the last three months, the largest three-month jump since May 1994, according to Freddie Mac's senior economist Sam Khater.

Around 80 lenders in the United States contribute to the weekly national averages provided by Freddie Mac, the federally authorized mortgage investor. The results are based on mortgages used to buy a property. Refinancing rates may vary. High-quality borrowers with good credit ratings and big down payments are used to calculate the interest rates. As a result of the restrictions, these rates are not accessible to all potential borrowers.

According to Holden Lewis, a home and mortgage expert at NerdWallet, "the upward rise in mortgage rates received a turbo boost this week when Federal Reserve governor Lael Brainard suggested that the central bank aggressively hike interest rates to manage inflation." "She pointed out that mortgage rates had risen by a whole percentage point in a matter of months, and she made it apparent that the Federal Reserve intends to raise interest rates further this year."

This week, the Federal Reserve published the minutes from its March meeting, which revealed that policymakers discussed measures to reduce the size of the central bank's balance sheet. The Federal Reserve has around $9 trillion in bonds, of which $2.7 trillion comprises mortgage-backed securities (MBS).

According to the minutes, there was general agreement that the Fed would sell a maximum of $60 billion in Treasury bonds and $35 billion in mortgage-backed securities over three months, most likely beginning in May. Compared to the previous time the Fed let its assets roll-off, which was from 2017 to 2019, this would be around twice as quickly.

Although increasing mortgage rates have dampened the market for mortgage-backed securities, the demand for these assets has remained weak. The Federal Reserve does not plan to sell any bonds in its holdings. It intends to allow the bonds to maturity without reinvesting the principal, as it did in the previous fiscal year. To the minutes, the Fed may be compelled to sell its mortgage-backed securities holdings "after balance sheet runoff has already begun," to the minutes. Officials have said that the central bank would like to own just Treasury securities.

When speaking this week, Brainard said that keeping inflation down would need a mix of gradual interest rate rises and vigorous balance sheet reduction to be successful.

The rising cost of borrowing is having an impact on the spring home-buying season. Consumers are gloomy, according to Fannie Mae, which conducts a monthly study of their attitudes regarding purchasing a house. When asked if today is a good or poor time to purchase a house, 73 percent of respondents indicated it is a bad time to buy, the lowest response rate in the study.

"The dramatic increase in mortgage rates over the previous quarter implies a watershed moment in the housing market," George Ratiu, manager of economic analysis at Realtor.com, said. Our economy was in good shape going into 2022, with increasing employment numbers and salary increases boosting demand for housing. Because of a scarcity of available supplies, prices reached all-time highs even before the spring season officially began. Buying a median-priced house at current rates would result in monthly mortgage payments that are about $500 more than a year ago, representing a 40% rise from April 2021."

Home loans are becoming more costly due to various factors, not only increasing interest rates. The Federal Housing Finance Agency imposed a fee increase for select Fannie Mae and Freddie Mac home loans on April 1, which took effect immediately. Mortgages with a "high balance," as defined by the Federal Housing Finance Agency, or mortgages for a second property are now more costly.

Generally speaking, high-balance loans are mortgages with balances in excess of the conforming national baseline limit ($647,200). Increased fees for high-balance loans ranged between 0.25 percent and 0.75 percent, with fees graded according to the loan-to-value ratio. In accordance with the loan-to-value ratio, fees for second home loans rose between 1.125 percent and 3.875 percent in the most recent quarter.

In a study conducted by Bankrate.com, which publishes a weekly mortgage rate trend index, it was discovered that more than three-quarters of the experts polled predict rates to rise in the following week.

Ralph McLaughlin, the chief economist at Kukun, said that "mortgage rates are anticipated to continue their historic climb this week." "It's reasonable to expect them to weaken — but not bury — this spring's housing market."

Mortgage applications, on the other hand, continued to fall last week. According to the Mortgage Bankers Association statistics, the market composite index — a measure of overall loan application volume — fell 6.3 percent from a week earlier.

The refinancing index dropped by 10%, bringing it to a 62 percent decline from a year earlier. The number of refinancing applications fell to its lowest level since the spring of 2019. The index of purchases decreased by 3 percent. Applications for refinances amounted to 38.8 percent of the total mortgage application volume last year.

According to MBA President and Chief Executive Bob Broeksmit, "the rise in mortgage rates, which are currently 1.5 percentage points higher than a year ago, is continuing to limit refinancing activity and is putting pressure on home-buyer affordability." According to the Federal Reserve, refinance applications dropped to their lowest level in three years last week, and their total percentage of activity fell from 50% in April 2021 to 39% last week. While mortgage lenders throughout the nation are reporting continued house-buyer interest due to the hot job market and greater pay growth, a lack of available inventory and rising property prices are keeping activity at a minimum. Purchasing applications fell again last week, falling by 9 percent from the same period the previous year."

A separate report from the MBA, the Mortgage Loan Availability Index (MCAI), revealed that credit availability dropped in March. The MCAI fell by 0.7 percent to 125.1 points in the previous month. A reduction in the MCAI implies that lending requirements are becoming more stringent, while an increase shows that lending standards are becoming laxer.

Even though credit availability has steadily increased since mid-2021, it is still around 30% tighter than in early 2020, according to Joel Kan, an MBA economist who published a statement. There was a mixed picture for the major loan categories, with conventional loan credit availability increasing for the second month in a row. In contrast, government credit supply declined to its tightest level since February 2014." "In addition, jumbo credit increased for the ninth time in the preceding 12 months, although it remained about 40% below its pre-pandemic level."