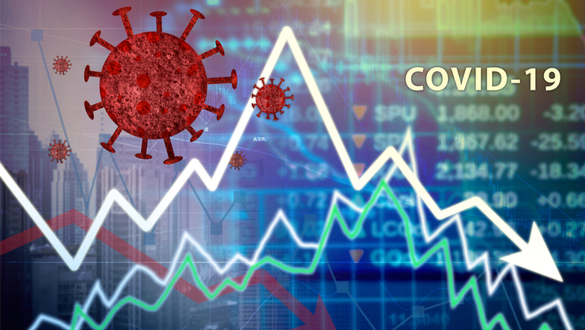 The pandemic in the United States continues to worsen. Covid-19 will likely kill as many as 400,000 by Inauguration Day. The mutating virus could become a permanent endemic disease that kills over a million people.

Donald J. Trump has fanatically focused every ounce of his attention on overturning the 2020 election and his second impeachment since November 6, 2020, while ignoring the Covid-19 pandemic in the United States. The price of his lack of attention to the pandemic and his rose-colored bullshit about the ‘great American comeback” is literally crushing the U.S. economy.

The U.S. Labor Department reported today that the number of workers filing for unemployment benefits hit its highest level in almost five months. The rate reflects the rising number of layoffs amid the post-Christmas and New Year holidays and the resulting surge in coronavirus cases.

Applications for unemployment claims, a proxy for layoffs, rose by 181,000 to 965,000 last week. Since mid-August, this rise marked the biggest weekly increase since March 2020 and put initial jobless claims at their highest level. It also put weekly claims well above the roughly 800,000 a week they have averaged in recent months.

Even with undeniable proof, the U.S. Stock Indexes continue to hover near record levels. We are either witnessing a legitimate decoupling of the economy and economic condition of the United States or seeing one of the biggest financial bubbles in the history of the world.

Concerns by several Federal Reserve officials are leaking into the financial and mainstream press. Axios is reporting some at the Fed

“…are beginning to worry about asset bubbles and excessive risk-taking as a result of their extraordinary policy interventions, James Politi writes for the Financial Times, citing interviews with multiple Fed presidents and members of the Board of Governors.”

“Some (Fed decision-makers) are now pushing for “tougher financial regulation” as concerns grow that monetary policy is “encouraging behavior detrimental to economic recovery and creating pressure for additional bailouts.”

“I don’t know what the best policy solution is, but I know we can’t just keep doing what we’ve been doing,”

“As soon as there’s a risk that hits, everybody flees, and the Federal Reserve has to step in and bail out that market, and that’s crazy. And we need to take a hard look at that.”

The Fed has pumped in more than a trillion dollars to keep the U.S. equity markets from nose-diving and, in the process, has sent the major indexes up to a steady stream of consecutive new highs. The run-up in equity prices may be the biggest financial bubble in human history.

Boston Fed President Eric Rosengren called for a “rethink” of “financial stability” issues in the U.S., and Fed governor Lael Brainard said in a speech last month that expectations of extended low-interest rates were boosting “imbalances” in the U.S. financial system.

“Economists, strategists and fund managers on Wall Street have said for months that the Fed has effectively killed price discovery by “nationalizing” the bond market with its actions and is artificially holding up the price of financial assets.” “That has elevated U.S. economic inequality, and while market participants have cheered, the Fed’s popularity has sunk among most Americans.”

“Much of the U.S. economy, including jobs and spending at small businesses and firms not dedicated to e-commerce, continues to be weak.”

The concerns expressed by Brainard, Rosengren, Kashkari and others suggest that influential members of the Fed’s policy-setting committee may be pushing back against the so-called Fed put. A belief among investors that if stock prices fall enough, the Fed will bail them out by lowering interest rates or pushing trillions of dollars in liquidity into financial markets through quantitative easing.

Axios points out this Federal Reserve policy has been...

“The underlying principle of bullish stock market strategies over the past decade, including BTFD (Buy The F*cking Dip) and TINA (There Is No Alternative), that have emboldened traders to continue buying U.S. stocks despite grim economic conditions.”

“But, but, but: The tough talk may simply be a call for someone else to step up as the Fed continues to backstop markets.”

“For me, monetary policy is a very poor tool to address financial stability risks,”

“Rosengren added that the central bank lacks the tools to “stop firms and households” from taking on “excessive leverage.”

Keep in mind the amount of leverage used by investors and traders has been soaring since April and is a key signal that the U.S. Financial Markets are in a bubble.

BofA said the 2020 trend to “buy everything” had trickled into 2021, but it expects a slowdown in risk assets as “policy, positioning and profits” peak around the end of the first quarter.

Goldman Sachs’ Chief Executive David Solomon said he was preparing for more stock market volatility, particularly in the near term, and sees some “excess in markets.”

The Undeniable Necessity of a Good Night’s Sleep