U.S. Iranian Showdown Could Send Oil Over $100 a Barrel and the World Economy into a Recessionary Spiral 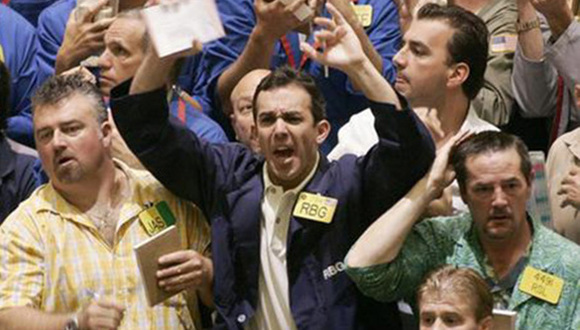 Iranian threats to shut down the Strait of Hormuz have oil assets warning that it could result in a huge spike in the price of oil above the $100 level.

That would be tremendously bad news for China – because the Middle East supplies almost 50% of China’s oil imports. China is the largest economy in the world and any spike in its energy costs or reduced access to energy supplies would send the Chinese economy into a sudden recessionary meltdown that would echo through the world’s economy like a deadly virus.

A spike to $100 a barrel for oil would be great news for the American oil fracking industry who can produce oil profitable for about $40 on average and as a result would be incentivized to ramp up production while the price of oil soars to take advantage of the windfall profits. In which case American production and export of oil could keep enough supply to keep the shortfall from spiking oil much beyond the $100 level..

A military confrontation would also a windfall for Russia, the third largest oil producer in the world and would also not only fatten Saudi Arabia’s dollar reserves but also help strengthen its containment of Iran –it’s chief foe in the region.

Washington has been the de facto guarantor of the free flow of oil from the Gulf to its Asian and European allies since the end of World War II. Despite the huge flip flops of the Trump administration on its role in the world Washington still wants to continue guarantee the Strait of Hormuz remains open. Including allowing the free flow of oil to its own European and Asian allies, as well as to China.

Where’s the problem then?

Renewed U.S sanctions against Iran, as a result of the Trump’s illegal ujilateral withdrawal from the Iranian Nuclear Treaty that will eventually have to go into effect, and pit America’s navigation of the Strait of Hormuz against Iran’s economic and strategic interests. As a result the potential for an all out war between the two countries has spike oil to over $75 a barrel position oil prices to soar.

According to Athens based shipping expert Theo Matsopoulos.

“In case there is ‘a military accident’ in the Arabian Gulf, the oil supply route could be seriously disrupted”

“When the markets are in critical point they are more sensitive and they translate facts more violently than they would during times of stability. It is not necessary for the Strait of Hormuz to be fully blocked, as happened in the Suez Canal in 1956. The expectation of a blockade and the potential for disruption could cause turbulence and shape a bullish market for crude oil.”

“All of the affiliated parties will need to be hedged and they will start buying long positions, inflating the price to levels well above its current trading range.”