US Economy Shrank in the First Quarter 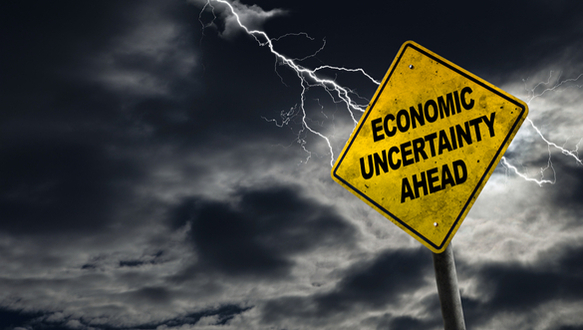 The economy of the United States shrank in the first three months of the year, but solid consumer spending and steady company investment showed that the recovery was still on its way to completion.

On Thursday, the Commerce Department said that the nation's gross domestic product, adjusted for inflation, fell 0.4% in the first quarter, or 1.4% on an annualized basis. While this was a significant slowdown from the 6.9% annualized growth recorded in the last three months of 2020, it was the worst quarterly increase recorded since the outbreak's inception.

The rise in underlying demand was substantial, according to the data. The fall was mostly due to the two most volatile components of the quarterly reports: inventories and foreign trade, which both saw significant declines. Reduced government spending was also a hindrance to economic progress.

First and foremost, consumer spending, which serves as the engine of the American economy, increased by 0.7% in the first quarter of this year, despite the Omicron wave of the coronavirus, which curtailed spending on restaurants, travel, and other services in January.

In the first quarter, a slower increase in inventories sliced nearly a percentage point off gross domestic product growth (GDP). Companies rushed to stockpile inventory in late 2021 to avoid having their shelves empty during the holiday shopping season due to supply-chain interruptions that had occurred. As a result, they didn't have to do nearly as much restocking as in the previous year.

On the other hand, the widening trade imbalance reduced GDP growth by more than three percentage points in the first quarter of this fiscal year. Imports, which are deducted from the gross domestic product because they are manufactured in another country, have increased dramatically as consumers in the United States have continued to spend. However, exports, which contribute to the gross domestic product, have trailed behind due to slower economic development in other parts of the world.

A measure of underlying growth, which excludes the impacts of inventories and trade, grew 0.6% in the first quarter of this year after being adjusted for inflation. Compared to the end of last year, this constituted a slight increase in growth.

As in previous years, consumers and companies in the United States continue to purchase far more foreign goods than the country sends abroad, resulting in an ever-widening trade imbalance that has impacted economic growth estimates reported Thursday.

Exports from the United States set a new high of $169.3 billion in March, but imports, totaling $294.6 billion, considerably outstripped them. As a result, the goods trade imbalance increased by over 18 percent to $125.3 billion in November, setting a new monthly record high.

What is Gross Domestic Product (GDP)?