US and Russia Meet in Geneva to Avert Ukraine War 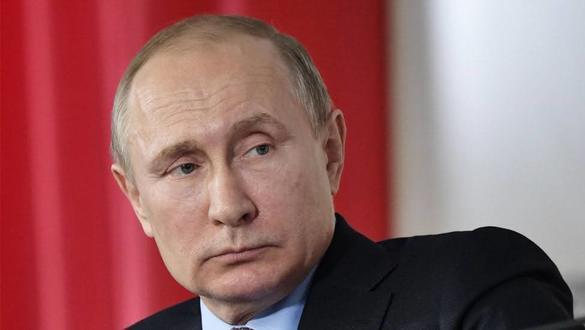 The concentration of Russian troops and weapons around Ukraine's border has alarmed Kiev and the West. Officials from both countries have expressed skepticism about the possibilities for a resolution in the US-Russia security talks.

On the border of a neighboring nation, Ukraine, an unpredictable Russian ruler has amassed thousands of soldiers. The possibility of an invasion. A terrible conflagration between the East and the West is a distinct possibility.

With the prospect of Russian military intervention in eastern Ukraine generating concern throughout Europe, American and Russian officials met on Monday to find a diplomatic solution to ease tensions and reduce the likelihood of violence. It was the first conference of its type between the two countries.

According to the State Department, the official delegations met at the United States Mission in Geneva shortly after 9 a.m. local time, led by Sergei A. Ryabkov, deputy foreign minister of Russia, and Wendy Sherman, deputy secretary of state of the United States.

Minutes before, police had escorted a convoy of black sedans and silver minibuses carrying Russian officials into the massive American diplomatic enclave perched on a hill above Lake Geneva and guarded by armed guards.

The first of a series that will take place throughout Europe this week, the meetings are concentrated on the Kremlin's demands for "security assurances" from Western powers, which was made in a dramatic diplomatic drive late last year.

The talks were scheduled to take up the bulk of Monday's day, with separate press statements by American and Russian officials scheduled for the early evening.

Several of the recommendations appeared to be nonstarters in the perspective of Western officials. They argue that Cold War-era spheres of influence are obsolete and that countries should form their own alliances.

A concerning Russian military buildup near the country's border with Ukraine, which some observers fear is a prelude to an invasion, has piqued the international community's interest, causing the Biden administration to agree to engage with Russia in an attempt to find common ground.

Ms. Sherman met with Mr. Ryabkov on Sunday evening in a residential building on the Geneva lakefront for a two-hour preliminary dinner chat. The State Department stated in a statement "the deputy secretary underlined that the United States would welcome genuine progress through diplomacy."

Mr. Ryabkov described the dinner chat as "businesslike," and he expects that Monday's discussions will not be a waste of time.

"We are working hard to get an agreement on a course of action," NATO Secretary-General Jens Stoltenberg said on Monday. He also warned Russia that if it employed military force against Ukraine again, it would face "severe consequences - economic and political implications."

The Ukrainian foreign minister, Dmytro Kuleba, and one of Ukraine's four deputy prime ministers, Olga Stefanishyna, were among those who spoke before a meeting of the NATO-Ukrainian Commission, which was convened on the same day as the Geneva talks and attended by all four deputy prime ministers. According to Ms. Stefanishyna, "any conversations on security assurances should begin with the withdrawal of Russian military from Ukrainian land."

During an interview on Sunday talk shows in the United States, Secretary of State Antony J. Blinken stated that the negotiations might result in the reactivation of the Intermediate Nuclear Forces Treaty, which restricted the deployment of intermediate-range nuclear missiles in Europe or Russia. The Obama and Trump administrations accused Moscow of violating the pact, and the US withdrew from it in 2019.

On the other hand, the Kremlin contends that its demands go far beyond arms control, including a thorough redrawing of Europe's security map, which it claims was imposed on a weak Russia following the collapse of the Soviet Union by Western powers.

President Vladimir V. Putin indicated last month that if Russia does not get what it wants, the Kremlin is willing to resort to military means in the future to achieve its goals.

Hospitals Overwhelmed As People Struggle To Get Tested For COVID-19