US-EU Come to a Compromise on Trump-era Tariffs 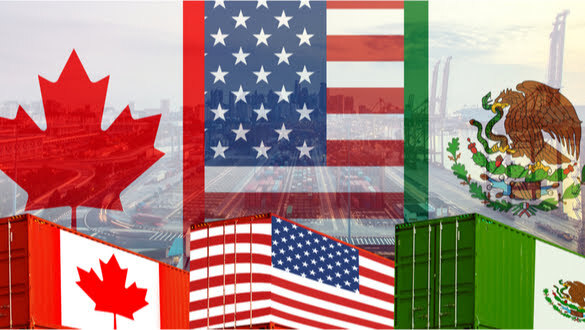 Lowering tariffs is an essential step in undoing one of Donald Trump's legacies, as President Joe Biden attempts to rebalance the United States' relationship with Europe.

According to the White House, the United States and the European Union had achieved an agreement to resolve their diplomatic rupture over Trump-era steel and aluminum tariffs, which announced the deal Saturday when President Joe Biden was in Rome for the Group of 20 meetings.

The Trump administration imposed taxes on European Union steel and aluminum in 2018, based on the allegation that foreign goods produced by American allies posed a danger to national security in the United States.

Europeans and other allies were upset by Trump's use of Article 232 to justify the duties, prompting several to put counter-tariffs on commodities such as motorbikes, whiskey, peanut butter, and jeans manufactured in the United States, among other things.

They said that although the Article 232 tariffs would not be eliminated, a certain amount of European steel and aluminum will be permitted to enter the United States without being subject to duties as a result of the agreement.

According to Raimondo, "we were able to negotiate an arrangement whereby the EU would withdraw their retaliatory tariffs (on American imports."

Raimondo went on to say that the deal will guarantee that "all steel entering the United States through Europe is manufactured wholly in Europe."

As President Joe Biden attempts to rebalance the United States' relationship with Europe, lifting tariffs is a critical step in undoing one of Trump's legacies.

According to the Bureau of Labor Statistics, employment in the manufacture of primary metals increased marginally in 2019, reaching as high as 389,100 people.

The epidemic, however, caused mills to lay off employees, and the industry now employs around half of the workforce that existed in 1990.

In May, the European Union made moves to enhance ties with the United States.

The EU has temporarily halted planned tariff rises on a number of retaliatory goods.

As a result, instead of the proposed 50 percent tax on American whiskey in Europe, a 25 percent duty was levied on the beverage.

To avoid the increased tax rate, the two parties had until December to reach an agreement.

The tariff agreement was greeted with "great joy" by the summit's host, Italian Premier Mario Draghi, in a statement issued late Saturday night.

The decision "confirms the ongoing strengthening of the existing tight Transatlantic links, as well as the gradual overcoming of protectionism that has occurred in recent years," he added.

In addition, Chris Swonger, president and chief executive officer of the Distilled Spirits Council of the United States, expressed delight at the news, which he described as coming after "three very challenging years of declining American whiskey exports."

"Lifting this tariff burden on American whiskeys not only boosts U.S. distillers and farmers, but it also supports the recovery of EU restaurants, bars and distilleries hit hard by the pandemic."