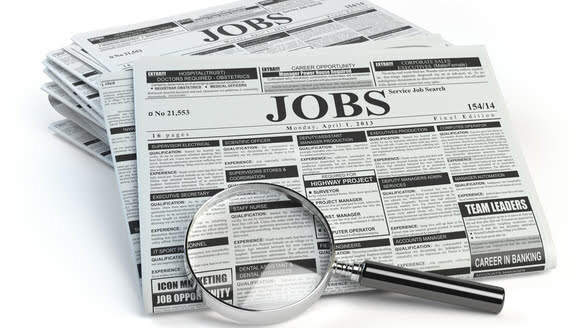 The number of people filing for unemployment benefits has decreased, approaching the pre-pandemic level of roughly 220,000 claims per week.

The number of people claiming unemployment benefits in the United States declined for the seventh consecutive week, reaching a historic low of 268,000.

The Labor Department said on Thursday that initial unemployment claims in the United States fell by 1,000 from the previous week.

Employment-assistance applications, which are often used as a proxy for layoffs, have been steadily declining this year, after reaching a high of more than 900,000 in one week in early January, reflecting the labor market's solid rebound from last year's short but severe coronavirus slump.

The four-week average of claims, which smooths out week-to-week fluctuations, also plummeted to a pandemic low of slightly under 273,000, which was also a pandemic low.

The number of people filing for unemployment benefits has decreased, approaching the pre-pandemic level of roughly 220,000 claims per week.

Overall, 2.1 million Americans received conventional unemployment benefits for the week that ended on November 6, a decrease of 129,000 from the previous week's figures.

Until September 6, the federal government supported state unemployment insurance systems by providing an additional payment of $300 per week and extending benefits to gig workers and individuals who had been out of work for six months or longer than the state average.

The number of Americans getting some unemployment assistance, including those provided by the federal government, reached a record of more than 33 million in June of last year.

The coronavirus wreaked havoc on the economy of the United States early last year, causing many firms to cancel or limit hours of operation and prompting many Americans to stay at home as a precautionary measure.

Employers eliminated more than 22 million positions between March and April 2020.

However, the economy started to show signs of improvement last summer.

Consumers began spending after cashing in their government relief payments and gained confidence as the number of COVID-19 cases declined.

Because of the vaccination program's implementation this year, they have begun returning to stores, restaurants, and bars.

Many businesses were forced to scramble to meet up with an unexpected rise in demand all of a sudden.

Job postings have reached a near-record level of 10.4 million in September, prompting a scramble for candidates.

Workers, who have gained negotiating power for the first time in decades, are becoming more selective in their employment choices; a record 4.4 million people resigned from their jobs in September, indicating that they are confident in their capacity to find something better.

In the United States, unemployment claims "have been dropping consistently and are getting closer to pre-pandemic levels," according to Rubeela Farooqi, the head economist of High-Frequency Economics in the United States.

"Layoffs are declining, a reflection of businesses' efforts to retain employees in the face of a labor shortage."

Employers have employed more than 18 million workers since April 2020, with 531,000 new employees hired in October alone.

However, the economy of the United States remains more than 4 million jobs short of where it was in February of last year.