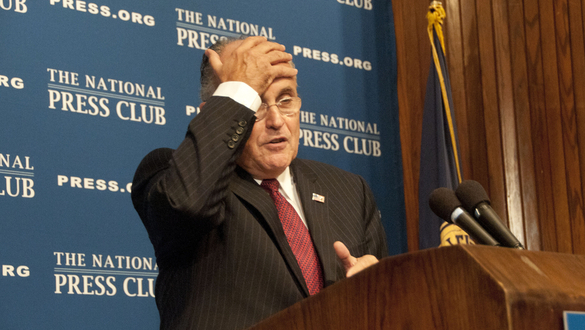 Was the former United States Ambassador Marie Yovanovitch to Ukraine Being Stalked for a Possible Assassination?

In a shocking turn of events earlier today, Ukrainian law enforcement authorities announced that they opened an investigation into whether former U.S. ambassador to the Ukraine Marie Yovanovitch was being surveilled by associates of Rudy Giuliani (Donald Trump) while she was in Kyiv last spring.

The new Ukrainian probe was launched in response to the release of documents by the U.S. House of Representatives release of documents, texts and tape recordings this past Tuesday that showed communications between Lev Parnas and President Trump donor and candidate for the 2020 GOP U.S. Senate Robert Hyde that discussed Yovanovitch’s movement, location throughout Kyiv that open the possibility that she was a target for assassination.

In an interview last night, Rachel Maddow Lev Parnas denied any sinister nature regarding the messages and said he was humoring Hyde, whom he accused of being an alcoholic. However, if Parnas and Hyde were involved in an unexecuted plot to assassinate the former U.S. Ambassador, both could face conspiracy to commit murder.

During his interviews yesterday, Lev Parnas was not under oath. These and other revelations should immediately be investigated, beginning with the deposition of Lev Parnas under oath. Parnas should be considered as a primary witness to events during the impeachment trial of President Trump, which is about to get underway.