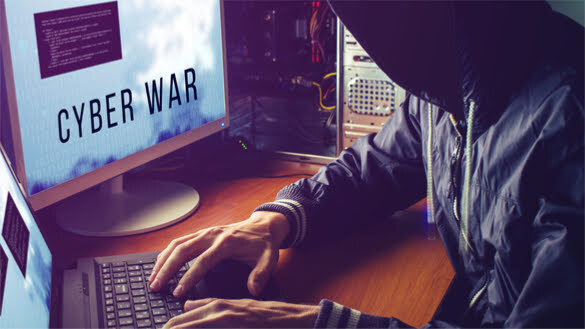 A massive cyberattack on Ukraine has brought down the country's government and embassy websites. The foreign and education ministries and the embassies of the United Kingdom, the United States, and Sweden were all targeted. Before the attack, a warning advised Ukrainians to "be prepared for the worst." Russia has been implicated in similar strikes in Ukraine.

Many Ukrainian government websites were hacked on Friday in what officials called a "massive cyber attack," in which hackers took control and posted comments telling the people to "be terrified and expect worse" in the future.

"Our specialists have already begun restoring the functionality of information technology systems, and the cyber police have launched an investigation," he wrote.

According to a translation of one of the communications found on a government server, hackers warned Ukrainians about their operations.

The message flashed, "Ukrainians!" "Every detail about you has been made public; be afraid and brace yourself for the worst."

The cyberattack comes as a series of lengthy talks between Russia, Ukraine, and the United States came to an end this week without any definitive answers. Russia has been gathering thousands of troops along Ukraine's border in recent months, prompting fears from Western allies that the country may invade the country.

During the talks, Russian diplomats lobbied the U.S. to refuse Ukraine membership in NATO, the Western European defense and security alliance. According to sources, this was rejected, and on Thursday, officials issued a warning about a possible impending war between Ukraine and Russia.