“Typhoid Trump” Ignores CDC: He Must Be Isolated for 20 Days 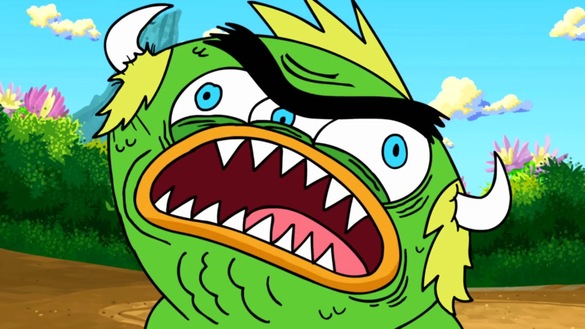 President Trump intends to begin in-person campaigning on Saturday despite showing clear signs he has coronavirus pneumonia and is still infected and could be infectious for 54 days after he showed symptoms.

President Donald Trump has caused the deaths of as many as 150,000 people with his inept and reckless handling of the coronavirus. His refusal to obey CDC guidelines to stay isolated at least 20 days is compounded by him and his staff’s refusal to answer four questions. His insistence on resuming in-person campaigning could literally prove he is mass murder or will become one.

·        Question #2: Did the president know he was infected when he arrived at the Ohio debate last Tuesday?

·        Question #3: Did he callously ignore the health risk to his entourage, Vice President Biden, Mike Wallace, and others?

·        Question #4: Has the president tested negative for the coronavirus since being diagnosed with the disease.

A fact is a person who contracts the disease and exhibits the symptoms of COVID-19 is likely to show when tested that they remain infected with the disease for 54 days since the onset of symptoms.

Suppose Trump goes back on the campaign trail without a definitive health exam and taking the most reliable coronavirus test and coming up negative. In that case, he will risk infecting hundreds, and given the aggressive spread of the disease, perhaps thousands of people resuming his barnstorming across the country. Typhoid Mary didn’t know she was contagious, much less a super spreader; Trump knows he’s contagious. Typhoid Mary didn’t knowingly hurt anyone; Trump will realize he’s potentially infecting everyone he comes into contact with, and that would make him a murderer.

Trump is that monster willing to risk hundreds, thousands of deaths because he sees his internal polls and realizes it would take a miracle to win the upcoming election.

Nate Silver’s FiveThirtyEight.com now shows that that President Trump is staring down a Democrat tsunami. He now has an estimated chance of being re-elected by just 15%. The FiveThirtyEight.com national average not only shows him up over 10 points nationally but shows he’s trailing in every swing state. 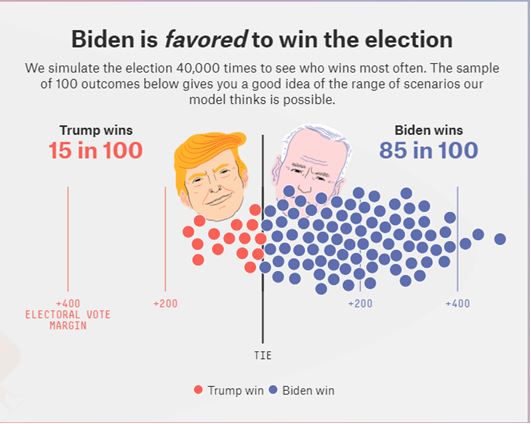 Meanwhile, RealClearPolitics.com shows a 9.7 point National lead for former Vice President, but most surprisingly, Biden is tied with Trump in Georgia, Texas, and leading in Iowa.

So at this point, unless President Trump is either delusional from Covid-19 he is suffering or understands that unless he can somehow pull off a miracle, he and the GOP will get crushed at the polls on November 3, 2020, election.

Trump’s insanity is aggravating any attempt to pull out of this upcoming election. Just consider what he’s been doing in the last 48 hours…

·        He called Senator Kamela Harris, a monster repeatedly. Behavior could further erode his support from women with and without a college education in every area of the country, especially in the suburbs.

·        He’s refusing to disclose his Covid-19 testing status and has turned the White House into a legitimate coronavirus HOT ZONE.

·        For the first time in its 208-year history, The New England Journal of Medicine posted a scathing indictment of President Donald Trump in a new editorial. “This crisis has produced a test of leadership. “With no good options to combat a novel pathogen, countries were forced to make hard choices about how to respond. Here in the United States, our leaders have failed that test. They have taken a crisis and turned it into a tragedy.”

·        He’s demanding that President Obama and Vice President Biden be indicted for the greatest political crime in the United States’ history without the evidence. Despite Inspector General, House and Senate investigations that have been unable to prove anything other than the Russian did meddle and interfere in the 2016 election to get him elected and are doing it right now. At this point, Bill Barr must be looking at the polls and realizing even if Trump pardoned him for committing a federal crime, he could be disbarred for doing something foolish.

·        Next week, he’s rejected a video debate, something even JFK and Richard Nixon did back in 1960. The debate was supposed to be a Town Hall format in which undecided voters would ask both. In that format, Trump knows he can’t over talk Biden or hog the time allotted for the debate by filibustering as he did in the first debate. He also realizes his fragile mental state could prompt him from blowing himself up, saying something impossible to recover.

·        He’s declared he may be immune from coronavirus and blamed gold star families for infecting him with COVID-19. Instead of taking responsibility for not following the needed protocols to prevent his infection. A reason Mitch McConnell has sighted for not going to the White House.

·        He’s begun attacking Attorney General Barr and Secretary of State Mike Pompeo for not helping him prove he was a victim of crimes that never took place.

·        He’s flip-flopping over and over on another stimulus bill. After saying he ended negotiations, he has two days later pushed for a $1.8 Trillion bill. Nancy Pelosi will now squeeze the president and the GOP for over $2 Trillion and get everything she absolutely wants.