Tucker Carlson Marketed Hungary as 'freer' Than the US 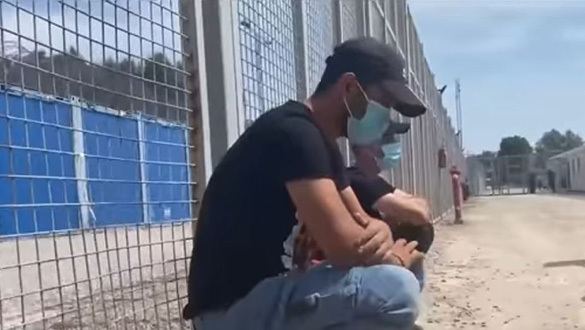 Carlson Provided the Totalitarian Hungarian leader a forum in the interview, which aired Thursday, to promote this ideology and attack his Western opponents.

On Thursday, Fox News host Tucker Carlson attempted to whitewash the totalitarian history of Hungarian Prime Minister Viktor Orbán, touting the authoritarian leader's approach to politics as a model for the United States.

Carlson, broadcasting from Budapest, Hungary, has accused the United States media of inventing reports about Prime Minister Viktor Orbán and his repressive, anti-democratic policies in the country.

Many political scientists and watchdogs believe that Hungary has experienced democratic backsliding during Orbán's tenure due to Orbán's curtailing of press freedom, erosion of judicial independence, and undermining of multiparty democracy. Orbán's attacks on the European Union while accepting its money and funneling it to his allies and family have also led to characterizations of Hungary as having experienced democratic backsliding.

Furthermore, Freedom House is not the only organization that has expressed worries about Orbán's leadership and policies, including the European Parliament.

Plentiful evidence has been gathered by various human rights groups, democracy watchdogs, political scientists, and historians of the many ways by which Orbán has strengthened his hold over Hungary's political system while preserving the appearance of democracy.

As part of his attack on a democracy monitor to express worries about Hungary's eroding democratic institutions, the Hungarian Prime Minister depicted the United States as less free than the Central European country.

When it comes to Americans, the answer is "difficult to accept," Carlson added, neglecting to note that Orbán manipulated the elections.

According to a report released in July, Orbán was identified by Reporters Without Borders as one of the world's 37 "press freedom predators" earlier this year.

Axelrod, who has advocated for white nationalist conspiracy theories on his program and has often attacked immigrants, supported the government's actions.

"The government has made it nearly impossible to obtain asylum, interfered with independent media and academic freedom, and undermined the rights of women and LGBT people, including by obstructing the implementation of the Istanbul Convention on the prevention of violence against women," the statement reads. "

While acknowledging that his administration unlawfully returned migrants to Serbia last year, he neglected to mention that the European Union's highest court, the European Court of Justice, had determined that this had occurred.

Prime Minister Viktor Orbán of Hungary has made it clear that ethnonationalism is at the heart of his country's border policy.

A 2018 address by Orbán said, "We do not want our national culture, our national color, or our traditions to be mingled with those of foreigners."

In the interview, which aired on Thursday, Carlson gave the Hungarian leader a chance to promote this viewpoint while criticizing his Western opponents, including President Donald Trump, on national television.

'You have a moral obligation to protect your nation,' says Orbán, referring to his citizens.

In his address, the Hungarian leader stated that "Western liberals" are critical of him because they fail to acknowledge a "conservative national alternative that is more successful in daily life" in Hungary.

Carlyle Carlson did not respond to the statement.

In his love for the Hungarian leader, he is not alone among right-wing opinion formers in the United States of America.

Péter Krekó, executive director of the Budapest-based Political Capital Institute, stated that Hungary serves as a textbook example of how democratic institutions can be eroded and weakened, and in some cases destroyed, to the point where it becomes challenging to remove a leader, even through elections.

Hungarian autocracy did not emerge out of anywhere as a warning to the United States; instead, it developed gradually via the gradual dismantling of institutions and safeguards in place.

During Trump's administration, a similar systematic loss of checks and balances occurred, and it continues now with his attempts to delegitimize his electoral defeat in the 2020 presidential election.

Tucker: Why can't we have this in America?