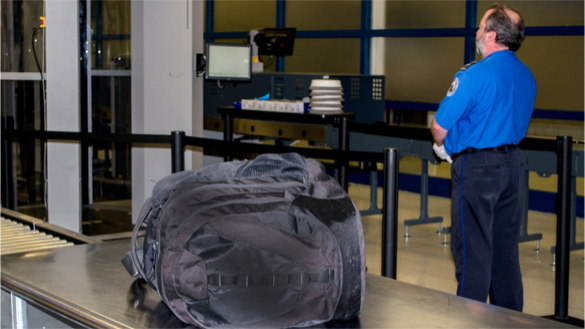 TSA workers are saying they can’t afford to go to work. Danger grows as the TSA brings in temporary security and screener workers.

The number of Transportation Security Administration. (TSA) screeners who are being forced by the financial limitations imposed by President Trump’s shutdown, into not showing up for work has risen 10%, more than three times the number of a year ago during the same holiday weekend according to the TSA.

Airport TSA screeners despite the low pay, in the same category of workers as FBI agents, prison guards, border patrol officers and air traffic controllers who are considered “essential” and therefore required to work without pay during the shutdown.

The partial Trump government shutdown began on December 22nd halted funding for more than a dozen major departments and agencies of the U.S. government.

“THANK YOU - YOU ARE GREAT PATRIOTS.”

There was little hope that his January 19th speech and offer to support a mix of immigration-related proposals in exchange for $5.7 billion to build a wall or other barriers along the border, would lead to an end of his shutdown.

Democrats have called for the government to be reopened to allow workers to get paid and to serve as a catalyst to reopen negotiations over border security.

California’s Senator Harris, who announced today she intends to run for the Democratic presidential nomination in 2020, said during an ABC News interview…

“Those 800,000 people who’ve dedicated themselves to public service, those federal employees, they’re going to want to know we’re not playing politics with their livelihood and their ability to pay rent at the end of the month.”

The Speaker of the House Nancy Pelosi has made it clear that negotiations cannot begin unless President Trump opens up the government first. She believes allowing any POTUS the ability to take U.S. citizens hostage to leverage concessions from Congress must never be established as precedence. Adding credibility to her position, have been calls by the right to life organizations calls to keep the government shuddered to force an end to legal abortion in the United States.