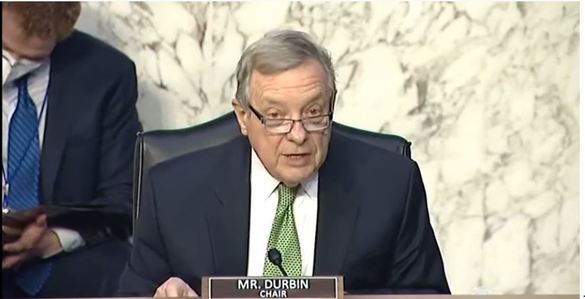 Republican Senators have been able to delay the confirmation of Merrick Garland as this country’s next Attorney General for several weeks. Still, the delay will come to an end as early as next week.

Republican Senators Ron Johnson (R-WI) and Lyndsey Graham (R-SC) have delayed the confirmation of federal appeals court judge Merrick Garland as the country’s new Attorney General. Still, the stalling is coming to an end. Judge Garland is likely to be confirmed by the U.S. Senate next week.

The delay hasn’t stopped the Justice Department from quietly rolling back several Trump-era policies, including dropping some absurd civil cases like suing one of the former first ladies’ close friends for a tell-all book. The moves made by the Biden Justice Department have been relatively noncontroversial and have returned the department to its standard and previous ways of doing business.

However, with Garland in place at the head of the Justice Department, he’s not going to shy away from controversial decisions.  These decisions of re-authorizing the ongoing investigation into the former president’s lawyer Rudy Giuliani and signing off on the prosecutor’s requests for search warrants were quashed by the Trump Justice Department.

As the Washington Post put it on Tuesday, Attorney General Merritt Garland…

“Will inherit a Justice Department damaged by President Donald Trump’s efforts to use its power to benefit his friends and hurt his enemies.”

On top of this nightmare for Donald J. Trump is the likelihood of several investigations into his administration by a new group of Inspector Generals that could lead to dozens of criminal indictments involving him and former members of his administration. Not since the Harding and Grant administrations have one Presidency involved so much corruption, graft and illegalities. The Trump administration even managed to surpass the ethical and legal breaches of Richard Nixon.

Many political and legal analysts are quietly warning that instead of worrying about getting even with his political enemies in 2022 and running for re-election in 2024, Donald J. Trump should be focused on the wave of illegalities that the new Biden Justice Department and Administration will open up.

No doubt Trump has been deluding himself that Biden won’t push for his prosecution. It’s energy wasted. Biden won’t be the one going for investigations, indictments and criminal convictions. It will all come from the new Attorney General - a man known as a firm believer in the rule of law; and that no one is above the law.

Biden won’t push or even mention Trump to Garland or any law enforcement officials. He’ll stay out of the fray and instead watch from the sidelines as Trump is torn apart by state, municipal, and federal prosecutors in New York, Georgia, Virginia and the District of Columbia, to name a few. Each revelation, indictment, and filing of criminal charges will be Biden’s answer to the “big lie.”

None of this should surprise anyone when it starts to unfold. Still, for Donald J. Trump, his sycophants, and the vast majority of Republican lawmakers in Washington and around the country, it will be a vicious negative discussion spiraling round the clock.  It will be a reminder that Trump Administration and the Republican party was and still is rotten to its core.

Delaying Merritt Garland’s nomination won’t stop Donald J. Trump’s nightmare; it will start it and not stop it until he and his confederates are disgraced. I have long predicted that the former president will end up in a military stockade, under special guard 24/7 on a military base. Like Napoleon, he’ll spend his final days not on a golf course but in disgrace and in solitude.