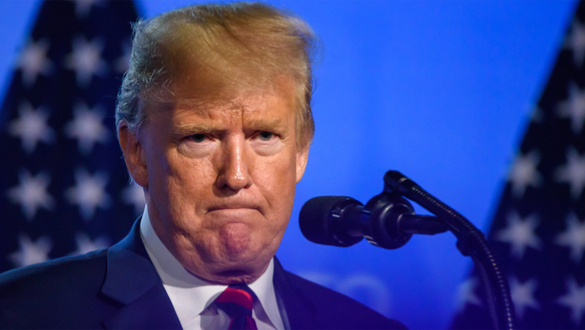 The Gulf of Tonkin incidents were two alleged international confrontations involving the USS Maddox and three North Vietnamese Navy torpedo boats that are believed to have been exponentially exaggerated to justify the United States direct entry into the Vietnam War.

World leaders have been using false and exaggerated claims to justify wars they wanted to wage since the beginning of time.

Here in the United States President William McKinley, despite being a pro-peace advocate realized in 1898 that a war with Spain was inevitable. The catalyst for that war was the sinking of the battleship USS Maine which exploded then sank in Havana Harbor, killing about 260 of the 355 men on board.

Hounded by newspapers, which enraged the public the pressure for McKinley to declare war against Spain was merciless even though no hard evidence that the sinking was caused by the Spanish, a sizeable portion of the American public there was no hard evidence.

During George W. Bush’s Presidency, his administration led by V.P. Dick Cheney a notorious neo-con claimed Saddam Hussein had weapons of mass destruction to justify the U.S. invasion of Iraq. Much in the same way President Lyndon B. Johnson used a raft of wildly exaggerated claims about an incident in the Gulf of Tonkin in South East Asian, to justify the Vietnam War.

Despite reports from the White House that President Trump is looking to avoid a war with Iran, his national security advisor may be setting up a trap that will force the United States into a war. As the USS Lincoln Carrier group heads towards the Strait of Hormuz the elements of a phony, overblown event will be used to justify another long, perhaps unwinnable war.

Neo-cons with President Trump’s ear; like National Security Advisor John Bolton after being out of power for more than ten years, finally have the levers to pull and plunge the United States into war.

President Trump is reportedly trying to cool tension and mitigate the danger of War in attempting to arrange a phone call between him and Iran’s President or Supreme Leader after U.S. intelligence sources reported that the Iranians are loading missiles on fast moving PT Boats. The neo-cons are insisting the Iranians are intent on sinking U.S. ships in and around the Strait of Hormuz.

The Iranian leaders reportedly want no part of any phone call with President Trump and deny that they are going to attack U.S. forces in the region. Based on human and U.S. history, it may not matter. The drumbeat of war is building; B-52’s, military personnel, and Lincoln Carrier group may be the precursor to a 500,000 to 1 million military invasion of Iran.

While Trump is playing innocent and wants to look like a peacemaker, he is the one, on videotape repeatedly advocating going to war with Iran and taking as war booty, the country’s oil wealth. It’s potentially a redux of the Gulf of Tonkin.