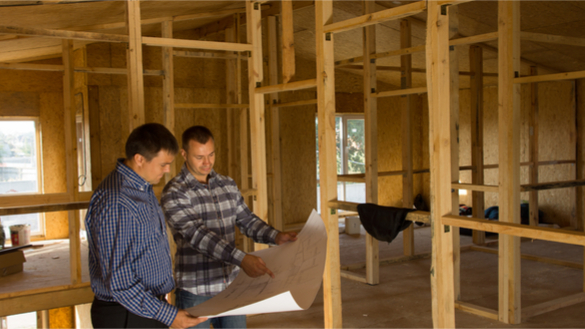 The news media is a blaze over the news that announcement by Harley-Davidson Inc.  on Monday that it’s moving production of its  motorcycles shipped to the European Union from the United States to its international facilities in Europe after coming to the conclusion the trading EEU’s  retaliatory tariffs are going to cost the company $90 million to $100 million a year.

In a regulatory filing, Harley-Davidson (NYSE-HOG) based Milwaukee, Wisconsin -based company said the retaliatory tariffs would result in an increased cost of production of $2,200 per average motorcycle exported from the United States to the European Union.

“Harley-Davidson believes the tremendous cost increase, if passed onto its dealers and retail customers, would have an immediate and lasting detrimental impact to its business in the region,” the company said.

Meanwhile, the Trump administration’s tariffs on Canadian softwood lumber are pushing up the cost of wood, according to U.S.-based National Association of Home Builders (NAHB), adding approximately USD $9,000 to the cost of single-family homes in the United States.

The statement by the NAHB goes on to suggest that the 20% tariffs on imported Canadian lumber, which were imposed by the Trump Administration last November, have also added as much as USD $3,000 to the average price of a multi-family unit.

Randy Noel, chairman of the NAHB, writes that the association told Commerce Secretary Wilbur Ross in a meeting that the lumber prices are continuing to climb, and the problem is only exacerbated by tariffs on Canadian softwood lumber imports…

“Today, we discussed with Secretary Ross our mutual concern that lumber prices have risen sharply higher than the tariff rate would indicate, and that this is hurting housing affordability in markets across the nation,” Noel said in the statement by the NAHB.

“We … encouraged the secretary to return to the negotiating table with Canada. It is essential that the two sides resume talks and hammer out a long-term solution to this trade dispute that will ensure U.S. home builders have access to a stable supply of lumber at reasonable prices to keep housing affordable for hard-working American families.”

Canadian lumber imports are currently the largest supplier to the annual U.S. softwood lumber market, accounting for about 28 per cent of U.S. sales per year over the past decade.

Oxford Economics a well-regarded research and financial institution offered an explanation for the price increases in a note this past week, and argued that the hikes are especially bad news for first-time buyers...

“Although the supply of new homes for sale has been rising since 2013, much of it has been larger, more expensive properties. Home builders have increased construction of entry-level homes, but cost pressures related to labor shortages, soaring materials prices and regulation will limit the building of smaller homes,” the memo read.

In April 2017, when the possibility of tariffs on Canadian lumber was still merely a threat, the NAHB predicted that such a trade action could add USD $1,236 to the average price of a single-family home.

At the time, Secretary Ross maintained that implementing the motion would have little effect on the cost of housing. Clearly, he and the President have miscalculated on the impact these tariffs would have on U.S. consumers.

“NAHB respectfully disagrees with comments made by Commerce Secretary [Wilbur] Ross that the tariffs on Canadian lumber imports into the U.S. will have little effect on the cost of housing,” NAHB chair Granger MacDonald said in a statement last November. “While Ross cannot cite specific consequence regarding this punitive tariff, we can.”

The impact of President’s Trump’s escalating trade war is now filtering down to thousands of U.S. farmers, manufacturers, and exporters.

Those who are economic history buffs will confirm that Trump is risking losing a great many votes as a result of this trade war.

President Carter’s crushing defeat in 1980 was caused in large part to the trade sanctions imposed on Russia in response to its invasion of Afghanistan that hit U.S. agriculture like a sledge hammer.

This is echoed by comments made by Stephen McLaughlin, vice-president of global sourcing for Kentucky-based Tempur-Pedic, who recently wrote …

“Disruptions, even if temporary, will eliminate jobs in the U.S. and damage the financial stability of the U.S. mattress manufacturing base,”

The Dow Jones this today has been down by more than 430 points today on investor insecurities tied to President Trump’s escalation of his Worldwide Trade War.

“My view of this situation is Trump hasn’t thought through the ramifications of his imposing these crushing tariffs and threatening even larger and more expansive tariffs on our trading partners” according to Geoff Garbacz here at WallStreetRebel.com.

That’s why we have been warning investors about the dangers to the U.S. financial markets and have begun aggressively recommending Put Options via our OptionsIndexTrader.com . This morning our subscribers were told to take profits on a Put options recommended 20 days ago.

The money making leverage of options is best understood by just looking at the numbers. The S&P index has fallen 1.4% since the trade was recommended and netted a profit of over 34%.

The S&P and Dow Jones could very well fall 10% or more, further as anxiety over the Trump trade war.  Well-chosen Put options could deliver a net profit of as much as 252%. Please try OptionsIndexTrader.com  today and Save Over 50% on a Semi-Annual Subscription.