Trump’s Threat of Increased Tariffs Have No Negative Impact on U.S. Stock Market 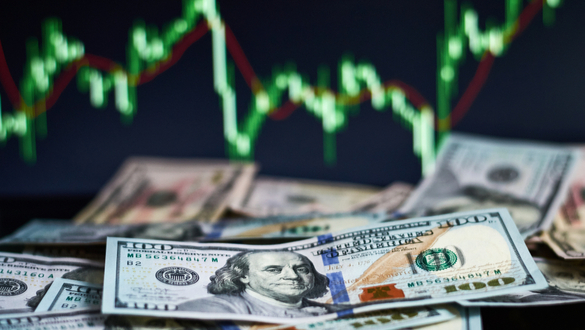 Despite warnings from analysts and pundits, President Trump’s threats of raising tariffs on France by as much as 100%, and across the board on NATO allies who aren’t spending at least 2% of the GDP on defense the U.S. Stock Market stays close to all-time-highs. The threat of tariffs additional tariffs being piled on China imports in just ten days is having no impact on the major indexes.

Questions are swirling on and off Wall Street a day after the end of the London NATO leaders meeting. President Trump’s 2016 claim that the United States was a laughing stock of the world was turned around on him as leaders of Germany, Canada, France, and other NATO members openly confronted his ignorance and propensity to deny reality and then made sport mocking him.

At the same time, North Korea began mocking President Trump again, calling him a “dotard,” which is defined as; an old person, especially one who has become physically weak or whose mental faculties have declined.

Yet, even with so much going wrong, a world trade war on the precipice, U.S. economic growth at just 2% far below the 4%, 5% even 6% promised by candidate Trump in 2016 Wall Street major indexes remain near at all-time highs.

The Financial Times of London pointed out this morning that …

“the monthly FT-Peterson US Economic Monitor, which tracks voter sentiment towards the US economy in the run-up to next year’s presidential election. It seeks to follow whether likely voters feel better or worse off since Mr. Trump became president. Ronald Reagan defeated Jimmy Carter in 1980 by asking voters: “Are you better off than you were four years ago?”

“The most recent poll conducted just before the Thanksgiving holiday, found that two-thirds of Americans do not believe their personal finances have improved since Mr.Trump’s election, largely unchanged from last month’s FT-Peterson poll.”

“People earning more than $100,000 a year were also significantly more likely to say that the stock market had a “very strong” or “somewhat strong” impact on their personal finances.”

With this backdrop and U.S. financial markets still near all-time highs, questions are swirling off and on Wall Street, including …

·        Have the World Financial markets discounted the threat of 100% tariffs on French imports?

·        Have all the threats of imposing additional tariffs on China, Germany, and the rest of the European Union been discounted as well?