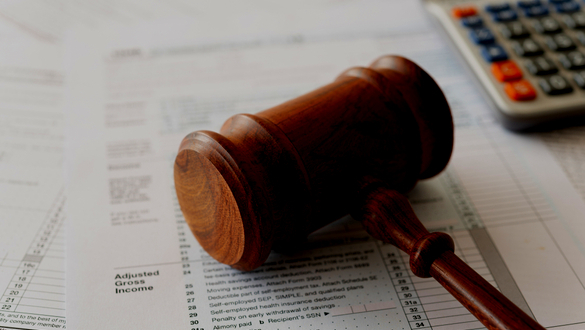 The real reason that President Trump has been unwilling to allow his tax returns to be revealed publically or to Congress has been painted in recent weeks by his supporters as being tied to a concern that he really pays little or no taxes legitimately, making the most of the Federal and State tax codes. That may not be true.

Donald Trump and his businesses may, in fact, be guilty of state(s) and federal tax fraud. According to documents obtained by ProPublica and independent non-profit news outlet shows that Trump’s businesses have been providing different figures to New York City tax authorities than the figures it reported to lenders.

Showing Trump’s business properties as being more profitable to lenders while at the same time reporting to New York property tax authorities, who set the buildings’ property tax the businesses, were less profitable.

According to ProPublica it…

“…obtained the property tax documents using New York’s Freedom of Information Law. The documents were public because Trump appealed his property tax bill for the buildings every year for nine years in a row, the extent of the available records. We compared the tax records with loan records that became public when Trump’s lender, Ladder Capital, sold the debt on his properties as part of mortgage-backed securities.”

According to ProPublica, the records show…

“Trump told the lender that he took in twice as much rent from one building as he reported to tax authorities during the same year, 2017. He also gave conflicting occupancy figures for one of his signature skyscrapers, located at 40 Wall Street.

ProPublica reports that when tax experts examined these documents...

“They saw no clear explanation for multiple inconsistencies in the documents. The discrepancies are “versions of fraud,” said Nancy Wallace, a professor of finance and real estate at the Haas School of Business at the University of California-Berkeley. “This kind of stuff is not OK.”

As is the case with all state and municipal tax filings, New York City’s property tax forms require that the person signing them “affirms the truth of the statements made” and that “false filings are subject to all applicable civil and criminal penalties.”

ProPublica pointed out in the expose …

“The punishments for lying to tax officials, or to lenders, can be significant, ranging from fines to criminal fraud charges. Two former Trump associates, Michael Cohen, and Paul Manafort are serving prison time for offenses that include falsifying tax and bank records, some of them related to real estate.”

Anne Milgram, a former attorney general for New Jersey who is now a professor at New York University School of Law quoted by ProPublica as saying…

“Certainly, if I were sitting in a prosecutor’s office, I would want to ask a lot more questions,”

Trump has been accused by several observers and former employees of manipulating numbers on his tax and loan documents, including by his former lawyer, Michael Cohen. Trump has been able to keep business opaque, allowing few documents and records to be seen by the public. The entire fight over his tax returns and business records out of the hands of the public, Congress, and prosecutors' hands have been an effort to prevent documentary evidence of his committing tax, wire, and bank fraud.

The tax fraud and legal danger exposed by ProPublica for President Trump and his businesses cannot be minimized. He and his businesses are not just in danger of being prosecuted by the Department of Justice from which a “President Pence” could pardon him if he’s charged by Southern District of New York. Trump, his businesses, and potentially his three oldest children who run the Trump’s businesses could wind up not only being indicted and prosecuted by the city and state of New York; they could wind up having a receiver appointed to oversee all their businesses and financial interests. So, these documents revealed by ProPublica could be the tip of the arrow that leads not only to impeachment, removal from office but also jail sentences and bankruptcy for the President and his three oldest children.