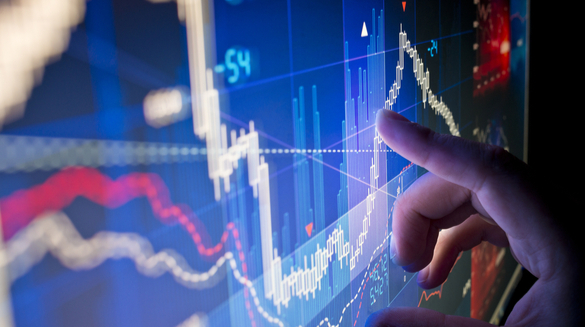 U.S. stocks opened up almost 400 points down today on the Dow Jones Industrial Average as a key and reliable indicator of the danger of an approaching recession – an inverted yield curve sent investors into a sell mode. Granted it lasted only a few minutes but the damage was done.

Just how important a signal is an inverted yield curve? The last time this occurred was back in 2007 when yields on short term U.S. bonds eclipsed those of long-term bonds. In addition, every time this has happened in the last 50 years, a recession has occurred within 18 to 24 months.

Chris Rupkey, chief financial economist at MUFG Union Bank was quoted today as saying … “The 3-month Treasury bill to 10-year note curve has been inverted for weeks now and with the inversion of the 2-year to 10-year curve. The stars are aligned across the curve that the economy is headed for a huge fall. The yield curves are all crying timber that a recession is almost a reality, and investors are tripping over themselves to get out of the way.”

The inverted yields comes just hours after Germany announced earlier today that its economy had shrunk, blaming the drop-off on the fallout from the U.S.-China trade war and the looming threat of a hard Brexit. It takes two consecutive quarters of negative growth to establish an economy is in a recession. The European Stoxx 600 benchmark had plummeted almost 6% percent in midday trading.

China also reported at the beginning of the day its economy is weakening. Chinese Industrial Production came in at 4.8% its lowest level since 2002. Unemployment is climbing and lower production numbers were joined by indications flashing showing lower investment is taking place. All of this threw kerosene on investor fears that a greater global slowdown is being caused by the U.S. Trade War.

Geoff Garbacz of SuperStockInvestor.com said this morning that President Trump’s Trade War is proving not to be the easy win he expected and it could last to well after the 2020 general election. He could be running for re-election just as the economy confirms we are in a recession.

“I am amazed by how the financial press, mainstream media and even Democratic candidates for President still call what President Trump is imposing as “Tariffs”. What he is imposing is ‘import taxes” and this is exactly what helped drive the United States into the Great Depression in the 1930s when the U.S. enacted the Smoot Hawley Act.”