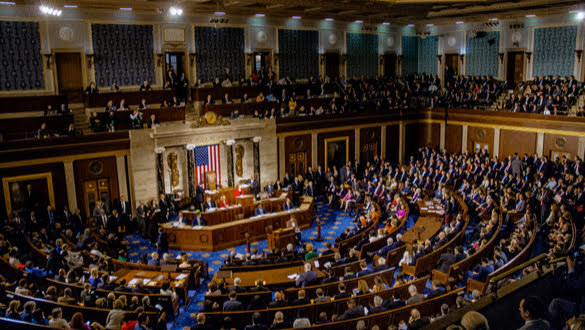 After being stood up by Attorney General William Barr, the Chairman of the House Judiciary Committee Jerry Nadler (D, MI), yesterday for an oversight hearing on the Special Counselor Robert Mueller’s Russian probe report, he’s attempting to compromise to keep the matter out of the courts.

Today Nadler who has issued a subpoena for the full report and the underlying materials, said that he now wants the Justice Department to allow lawmakers and very specific staffers to be able to see the redacted portions of the report that don’t include grand jury material. In a letter written to AG Bar, Nadler wrote…

“The committee is prepared to make every realistic effort to reach an accommodation with the department,”

“But if the department persists in its baseless refusal to comply with a validly issued subpoena, the committee will move to contempt proceedings and seek further legal recourse.”

Setting a deadline of Monday at 9 AM EST, Nadler is giving Barr’s three full days to respond.

Assistant Attorney General Stephen Boyd said in a letter to Nadler written by the Barr Justice Department that they are declining to comply with the panel’s subpoena for the full, unredacted report saying…

“Allowing your committee to use Justice Department investigative files to re-investigate the same matters that the department has investigated and to second-guess decisions that have been made by the department would not only set a dangerous precedent but would also have immediate negative consequences,”

The refusal is unconstitutional and amounts to defying the Congresses responsibility and requirements for oversight laid out in Article 1 of the U.S. Constitution. This, however, is the tip of the iceberg of lawlessness we are seeing by President Trump and his administration committing. It’s time for the Democratic-controlled Congress to recognize the Trump administration will not submit to ANY oversight at all, and this is another effort at obstructing justice that must be added to the ten other instances of obstruction of justice outlined by Special Prosecutor Mueller that must be included in eventual articles of impeachment.

I’m not calling for a vote for impeachment, but I am calling for the House of Representatives to defend the U.S. Constitution by immediately beginning impeachment hearings of both AG Barr and President Trump. Failing to do so will mean the collapse of our Republic. The American people, the majority of whom are against impeachment, much as they were at the time Congress started impeachment hearings against Nixon, need to see Trump’s crimes exposed on TV.

Being told the President and the Attorney General are trampling the U.S. Constitution and the crimes that have been committed live on TV is precisely why impeachment hearings need to be launched. President Trump understands the power of TV, and that’s why he’s going to try to stop Robert Mueller and Don Meghan from appearing in front of the House Judiciary Committee. Trump knows that if all the facts behind his corruption and unconstitutional violations are exposed on live TV, his chances of re-election are ZERO. Worse, Trump knows that if he can prevent his unconstitutional behavior isn’t shut down; nothing will prevent him from turning our democratic republic into an authoritarian government and the Presidency into a Dictatorship.