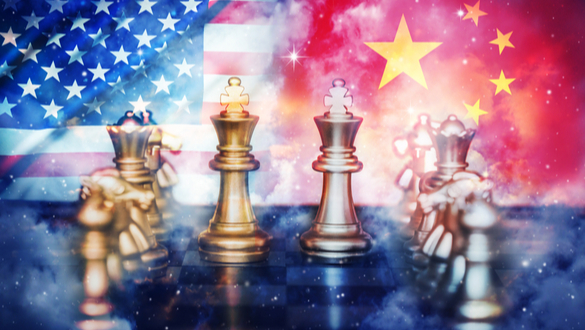 The Dow Jones and other U.S. stock indexes are down on Veterans Day amid concern that the United States and China are struggling to get an initial trade deal done after President Donald Trump’s tariff comments over the weekend.

The Dow Jones, NASDAQ, and S&P 500 are all headed for their first drop after the last four trading sessions. Optimism that the ‘Phase 1’ trade deal with China would be signed by the end of the month sent these indexes to and towards multiple records last week.

The optimism may have been nothing more than another round of hyperbole that President Trump has peddled when he saw the financial markets heading south on pessimism that a deal will not be made either before the end of 2019 or until after the U.S. 2020 election.

“I think markets have been skittish waiting for any concrete information about the trade talks.  In the last few weeks, we’ve been in positive of relative optimism in how the trade talks are progressing, but I’m not so sure we actually know whether that is occurring or not.”

Forester pointed to Trump’s comments over the weekend that has undermined investor confidence in the ability of the U.S. and China will be able to strike a first-phase trade deal.

Trump is correctly pointing to an economic slowdown. The most recent data shows Chinese factory-gate prices dropping for the fourth month, which serves to heighten concern over the effect of the trade war on the world’s second-biggest economy.