Trump’s Favorite Poll Shows Him Getting Crushed in November 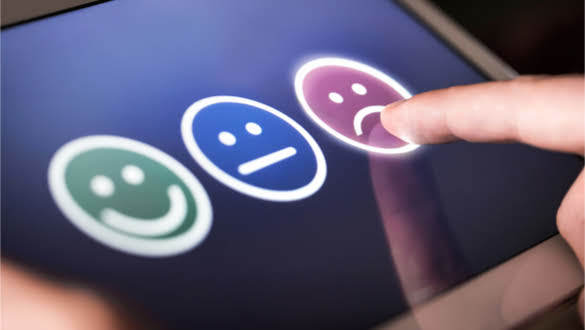 President Trump is on his way to suffering the worst landslide loss in a re-election effort since President Reagan defeated Jimmy Carter in 1980 if his favorite pollster and virtually every other legitimate poll are to be believed.

The one pollster that President Trump quotes regularly is published by Rasmussen Reports, which has usually given him a steady stream of significantly better approval numbers than other pollsters.  That hasn’t changed. 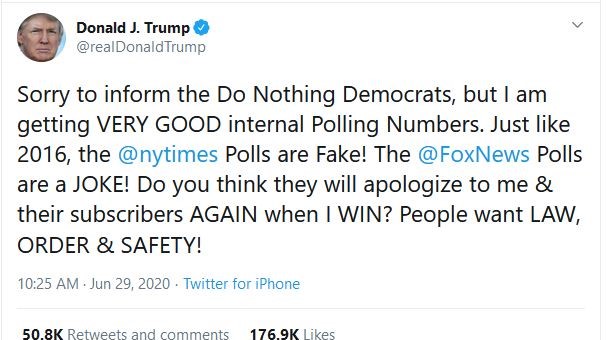 “The new survey finds Trump with 74% of the Republican vote. Biden has the support of 79% of Democrats. Among voters not affiliated with either major party, its Biden 48%, Trump 36%.”

Meanwhile, Nate Silver’s FiveThirtyEight has him upside down by over 15%, and Real Clear Politics, a conservative-leaning pollster, has the President’s approval rating down 14.8%.

To put that in perspective, Nate Silver rates Rasmussen a C+ poll and generally adjusts it by 4%-5% points, so with that weighting, Trump’s favorite pollster is showing the same potential landslide in November that FiveThirtyEight.com and RealClearPolitics.com are showing.

Another big warning sign of a potential landslide election can be found in the Real Clear Politics polling of generic preferences of Democrat versus Republican candidates for the Senate and House of 11%. That kind of result on Election Day could deliver the kind of landslide that Nixon won in 1972 over U.S. Senator George McGovern or Ronald Reagan realized against Jimmy Carter in 1980. The Democrats at this point look not only to win the White House but expand their majority in the House of Representatives and take a substantial majority in the Senate.