Trump’s Director of National Intelligence Rebukes Him: Putin Did It! 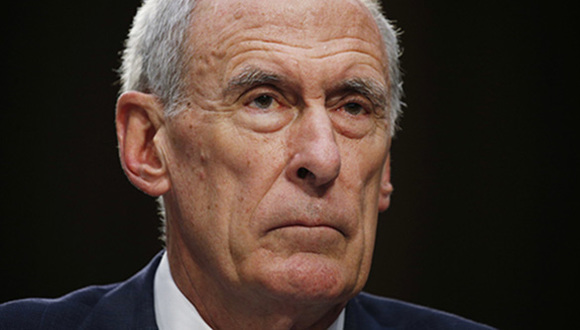 Just hours after President Donald Trump publically refused to hold Russia and its President responsible for the worst attack on the national security of the United States since 9/11 Dan Coats Trump’s own Director of National Intelligence re-affirmed the U.S. intelligence community's assessment that Russia meddled in the 2016 U.S. presidential.

Coats comments come after his raising the alarm on growing cyberattack threats against the United States, saying the situation is at a "critical point" and coming out forcefully against Russia.

"The warning signs are there. The system is blinking. It is why I believe we are at a critical point," Coats said, addressing the Hudson Institute in Washington, DC, on Friday.

Coats compared the "warning signs" to those the United States faced ahead of the September 11 terrorist attacks.

"It was in the months prior to September 2001 when, according to then-CIA Director George Tenet, the system is blinking red. And here we are nearly two decades later, and I'm here to say, the warning lights are blinking red again," Coats said.

Coats said the "worst offenders" are Russia, China, Iran and North Korea -- with Russia the "most aggressive foreign actor, no question. And they continue their efforts to undermine our democracy."

Every day, those countries "are penetrating our digital infrastructure and conducting a range of cyber intrusions and attacks against targets in the United States."

Some of their targets include the federal government, the US military, state and local governments, and US businesses, he said.

"What's serious about the Russians is their intent. They have capabilities, but they intend to undermine our basic values, undermine democracy, and create wedges between us and our allies."

"The role of the Intelligence Community is to provide the best information and fact-based assessments possible for the President and policymakers," Coats said in a statement. "We have been clear in our assessments of Russian meddling in the 2016 election and their ongoing, pervasive efforts to undermine our democracy, and we will continue to provide unvarnished and objective intelligence in support of our national security."