Trump’s Death Panels Decide Who Lives or Dies in Texas 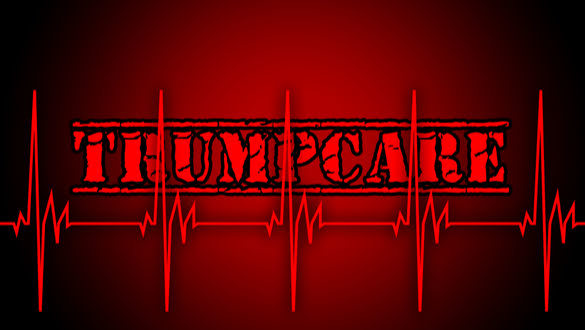 The Republican Party pushed the lie that Obamacare would set up death panels to prevent people from getting the healthcare they need. Now death panels are being set up in Texas hospitals, not because of Obamacare but instead because of President Trump’s incompetent handling of the coronavirus.

There were never any death panels connected with Obamacare. That narrative was an outright lie pushed by Republicans who have been in the pockets of Health Insurer’s lobbyists for decades, who have filled Republican politicians campaign coffers.

The Republican Party under Donald Trump has been so incompetent in dealing with the Covid-19 pandemic that they have forced Texas hospitals consisting of physicians to set up death panels.  These panels choose who they will save and who, after the patient is examined, must be sent home to die because of the lack of ICU beds and shortages in personal protective equipment (PPE), including masks, medicines, ventilators and medical personnel.

On July 21, 2020, President Trump told the American people at his resumed coronavirus briefing that the pandemic “will get worse before it gets better.” At the same time admitting his administration was (finally) drawing up a strategy to fight the coronavirus.

Trump and his administration have bungled the management of this health crisis so that many hospitals in Texas, Arizona, and Florida could be compelled to triage patients for treatment - or sent home to die.

Yesterday, despite President Trump’s insistence at his 5:00 pm press conference that the pandemic is falling rapidly in many places around the country. By the end of the day, another 64,729 newly reported infections, 152,341 deaths and 18,992 people in serious or critical condition.

There are now 21 states that are considered hot spots around the country and another dozen states that appear on their way to becoming a hot spot.

Trump is so disconnected from the truth at this point he’s literally quoting a physician that practices voodoo and believes reptilians run our government.