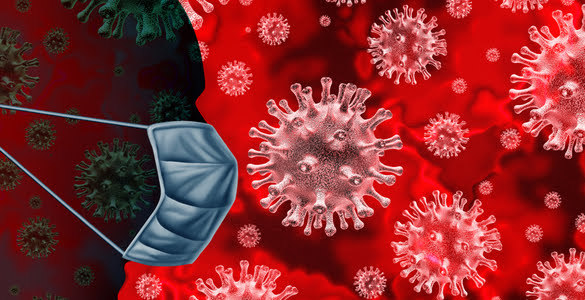 A study conducted by New York University has exposed a potentially critical national security threat. NYU found that the COVID-19 rapid tests used at the White House are producing incorrect results in a significant number of coronavirus cases.

Bloomberg is reporting that an analysis from New York University shows coronavirus tests created and manufactured by Abbott Laboratories that should be considered a threat to national security.

These are the same Abbott Laboratories tests that President Trump crowed about earlier in the year that deliver “lightning-fast results in as little as five minutes.”

“… Missed at least one-third of positive cases detected with a rival test and as much as 48% when using the currently recommended dry nasal swabs.”

Bloomberg cautions that the NYU analysis hasn’t been peer-reviewed yet. Besides, Abbott Laboratories strenuously contests the NYU tests. If these rapid tests are fallible, our national security endangered.

Trump this week complained that Miller was tested many times before she tested positive for COVID-19, and then went off on a rant that insinuated that Miller shows the inherent flaw in conducting multiple tests. Trump argues that the more people you test, the bigger the number of those counted as infected.  What he fails to understand we are dealing with a virus created in nature. The rules of engagement need to conform to the predictability and unpredictability of the data accumulated that validates science.  The virus is not obligated to agree to Trump’s wishes or term.  One known fact prevails.  A negative test result only remains viable until it is followed up with a second or the person lives in isolation away from any possible infection.

The White House has the luxury of a 5 minute COVID-19 test at their disposal only to discover that they fail up to 48% of the time. The danger of the virus being found in the White House should have resulted in his evacuation from the White House to 100% clean location.

Vice President Pence has reversed course again today and is not working in the White House and will not come near President Trump for the time being.

If both men were incapacitated, the speaker of the House Nancy Pelosi would be sworn in as the 46th President of the United States.

The Speaker of the United States House of Representatives, Nancy Pelosi,  is the presiding officer of the United States House of Representatives. The office was established in 1789 by Article I, Section 2 of the U.S. Constitution. The speaker is the political and parliamentary leader of the House of Representatives and is simultaneously the House’s presiding officer, de facto leader of the body’s majority party, and the institution’s administrative head. Speakers also perform various other administrative and procedural functions. Given these several roles and responsibilities, the speaker usually does not personally preside over debates. That duty is instead delegated to members of the House from the majority party. Neither does the speaker regularly participate in floor debates.

The Constitution does not require the speaker to be an incumbent member of the House of Representatives, although every speaker thus far has been. The speaker is second in the United States presidential line of succession after the vice president and ahead of the president pro tempore of the Senate.

If tragedy strikes the executive branch of our government, the Speaker of the House Nancy Pelosi would be sworn into the Presidency temporarily while POTUS and VPOTUS are recovering or until the next President of the United States is elected and sworn into office in January of 2021.

The quicker the transfer of power, the better in the event, the two men were found not to be able to fulfill their sworn vows under the decree of the United States Constitution.  The more prepared Mrs. Pelosi is, the better. She’ll likely be facing threats foreign and domestic the moment she says…”So help me, God”.