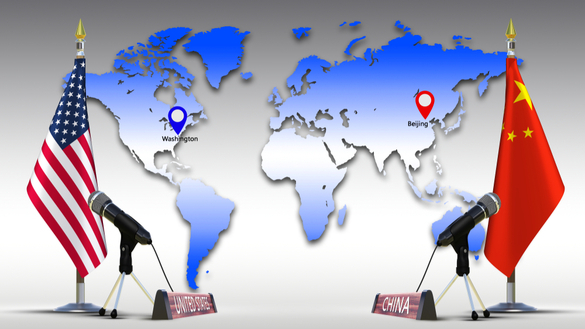 The March 1, 2019 deadline set by President Trump to come to an agreement with China continues to look bleak. The issues, including the protection of U.S. intellectual properties and market reforms,  are so complicated that a  reachable agreement could be several months away. If Trump stubbornly holds to the March 1 deadline and follows through with his threat to jack tariffs to 25% on Chinese imports, the U.S. and global equity markets could move back to test their December lows.

The prospects of the United States and China settling the Trump initiated trade war worsened today when Commerce Secretary Wilbur Ross during an interview on CNBC said “Trade is very complicated. There are lots and lots of issues” and said, “We’re miles and miles from getting a resolution.”

Secretary Ross during the CNBC interview downplayed expectations for an end to the U.S.-China trade war when both sides meet in Washington next week when Chinese Vice Premier Liu He is scheduled to meet with United States Trade Representative Robert Lighthizer.

Ross went on to say…“People shouldn’t think that the events of next week are going to be the solution to all of the issues between the United States and China. It’s too complicated a topic.”

However, Ross added that he sees a “fair chance we do get to a deal” eventually. Ross comments, however, come just five weeks from President Trump’s March 1, 2019 deadline to reach a deal. Trump has threatened to raise the tariff rate on $200 billion in Chinese goods to 25% from 10% already being charged.

If Trump hold’s to the current deadline while keeping the U.S. government partial closed, while having a series of caustic Congressional investigative hearings underway looking into his many improprieties, we could find the U.S. and Global markets hit by the same or worse volatility we experienced leading up to and during the Christmas holiday.

The two critical issues of intellectual-property protections and restricting foreign investment participation to make it easy for foreign companies to invest and profit in China are likely to take another few months to resolve a compromise both parties are willing to accept.

The International Money Fund (IMF) this week sounded the alarms for a downturn for its global outlook for the second time in three months, warning of mounting risks including an escalation of the trade war and tightening credit.

The important question is how President Trump will react to a Chinese request to extend his March deadline. If he holds a hard line and insists on raising the tariff rate on $200 billion in Chinese goods to 25%, the Chinese may walk away from the talks in protest. The reaction in the U.S. and global financial markets would likely result in a dizzying period of volatility.