Trump’s Chief Economic Advisor Suddenly Back Flips on the Potential Danger of the Coronavirus! 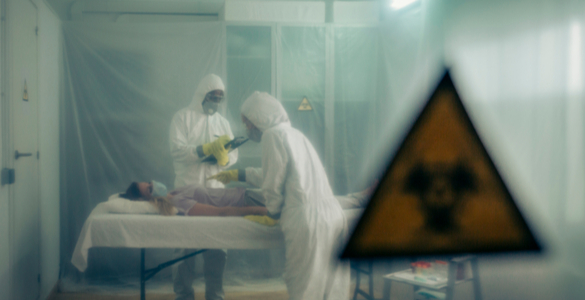 The total number of cases of COVID-19,  known as the Wuhan Coronavirus has soared to approximately 60,000 in China after the Chinese government revealed that approximately 15,000 new cases were now being recognized in Wuhan and its surrounding Hubei province. The leap in the count was the result of a new method of counting infections.

Larry Kudlow, Trump’s chief economic advisor, has egg dripping from his face after last week, assuring the American public that the Wuhan Coronavirus was under control and wouldn’t have a big impact on the U.S. or the Chinese economy.

There’s an increasing likelihood that there are well over 100,000 people infected in China alone, some estimates point to as many as 250,000.

Just one day after the Wall Street Rebel reported that President Trump is insisting the Coronavirus is under control and “has been stopped in its tracks,” Kudlow is now raising doubts raised doubts about the Chinese government’s transparency over the spread and risk of the potentially deadly virus. Just days ago, he was complementing the Chinese response to the viral outbreak. Now he is officially disparaging and questioning China’s response to the outbreak, echoing ongoing doubts about the accuracy of counts of new cases and deaths that have been leaking out from China telling reporters at the White House Thursday...

“We thought there was better transparency coming out of China, but it doesn’t appear to be.”

Kudlow complained to reporters that the United States government is very disappointed that American health experts still hadn’t been allowed in, and questioned the details behind the more than 15,000 new cases China just added overnight.

“We don’t know if it’s contained in China. We thought they were tailing off in their headcount. It turns out that might not be the case… On this particular matter, we are quite disappointed in China’s response.”

Trump’s repeated praise of the Chinese government’s response, and tweets expressing his admiration for Chinese President Xi Jinping’s leadership could become a serious embarrassment as the true infection numbers among the 50+ million people that have been put into a regional quarantine and infections world-wide are forcing more and more governments to limit or even shut down all travel to and from China.

The World Health Organization has taken the position that 13,000 new Chinese cases reported Thursday are older and don’t represent a sudden surge in new infections. Mike Ryan, executive director of the WHO Health Emergencies Program, insists that…

“Most of these cases relate to a period going back over days and weeks, in some cases back to beginning out of the outbreak itself…This increase you’ve seen in the last 24 hours is largely down to how cases are being diagnosed and reported.”

The World Health Organization is disingenuous at best, and outright ignores the reality of how many of the now 60,000 were recognized as being infected before and after being diagnosed.  If those infected, shuttered in quarantine in their apartments and homes amount to 250,000, 500,000, we could be looking at a virus that eventually infects millions in China and around the world.

News reports indicate that no one is suddenly being allowed to enter or leave Shanghai, a city with a population of 24.4 million people. Will the next China revelation be that these 24.4 million will be added to the 50 million quarantined?

Will the numbers of those infected jump by 50,000, 100,000 even 500,000 in the next few weeks. Will the United States be forced to completely shut down travel around the world in a desperate attempt to keep its 331 million population safe?