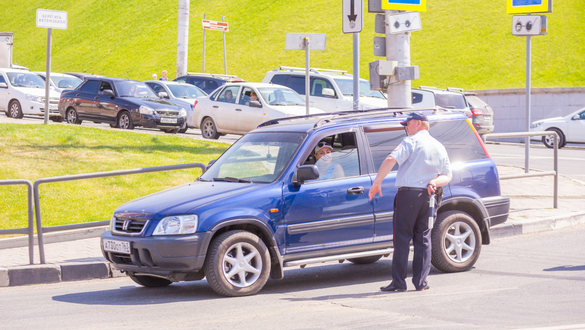 If you’re Hispanic, Latin, Black, Speak another language or are just not recognizably white U.S. citizens, you have another danger hanging over your head thanks to President Trump’s immigration policies and round-ups. Even with proof of citizenship, you could wind up in one of Trump’s border concentration camps.

President Trump’s Gestapo approach towards immigration led to the capture and seizure of Francisco Erwin Galicia, 18 would be detained by Immigration and Customs Enforcement and illegally held for three weeks even though providing a copy of his birth certificate according to his attorney who was interviewed by.

An 18-year-old born in Texas was released from detention on Tuesday after being wrongfully held for more than three weeks, his attorney said.

Francisco Erwin Galicia, a high school senior in Edinburg, Texas, had been held in custody, first by Customs and Border Protection and then by ICE, since late June according to his attorney who granted an interview with The Associated Press.

Galicia a U.S citizen who lives in the border city of Edinburg, Texas, was traveling north with a group of his friends when they were stopped at a Border Patrol inland checkpoint, well inside the U.S. border. According to reports agents seized Galicia on suspicion that he was in the U.S. illegally, even though had a Texas state ID.

ICE and U.S. Customs and Border Protection issued a joint statement on Wednesday accusing Galicia of having provided “conflicting reports regarding the status of citizenship” while detained, without providing specifics. Galicia’s attorney said Tuesday that Galicia’s mother had incorrectly applied for a tourist visa for him that suggested he had been born in Mexico.

“Both CBP and ICE are committed to the fair treatment of migrants in our custody and continue to take appropriate steps to verify all facts of this situation,” according to their joint statement without explaining that after being given identification and a birth certificate it still help Galicia illegally. Many held by ICE and U.S. Customs and Border Protection complain officers and officials ignore requests, by those seized, for water, food, bedding, soap, and medical attention. Ignoring the U.S. citizenship held by those they illegally arrest and deprive their civil rights only fortifies accusations that the Trump Administration is using Gestapo tactics that are focused on people of color.

In most cases, critics point out if you are white, the border agents will glance at drivers license of those passing through the checkpoints, and let them pass quickly. A passport or proof of citizenship is not normally demanded to pass through an inland checkpoint, much less result in a three-week stay in a Trump border camp concentration center – at a cost of $750 a night. Three weeks in illegal custody may well have cost U.S taxpayers $18,000.

In addition, Galicia was detained by the Border Patrol for well above the 72 hours that CBP says it is supposed to hold detainees. But in South Texas’ Rio Grande Valley, where Galicia was arrested, the Border Patrol is holding hundreds of adult men and women accused of entering the country illegally for longer than 72 hours

Another issue, Border Control deprived the 18-year-old his rights to speak with the council for the three weeks. He wasn’t transferred out of Border Patrol custody to ICE until Saturday. That’s when he was able to make collect calls to his mother. Galan drove Tuesday to the detention center in Pearsall to secure his release.

A 2018 investigation by the Los Angeles Times revealed that ICE has seized illegally and detained more than 1,480 people in similar circumstances, after taking weeks, months and years investigating their citizenship status. In one case, a U.S. citizen was held in immigration detention for more than three years.

Immigration authorities are not legally allowed to detain U.S. citizens. But both ICE and CBP have apprehended thousands of citizens of color in the past, and that may be the underlying reason critics are calling these government agencies ‘the Gestapo’ and racists.

Just last week a California congresswoman visiting the Border Patrol’s processing center in McAllen Texas was approached for help by a 13-year-old girl being held illegally. She had a U.S. passport and was arrested with her mother, who had allegedly crossed the border illegally. After inquiries were made by the Congresswomen, the Border Patrol released both the mother and the 13-year-old girl.

The racism and Gestapo tactics by ICE and Border Control at the direction of President Trump are growing in numbers and more violent.

With President Trump determined to deport 11 million undocumented people, the numbers of violent incidents and illegal apprehensions are going to reach a cacophony thanks to the proliferation of mobile phones with cameras.

Sooner or later a U.S. citizen is going to be wrongfully taken into custody and murdered by federal immigration officers or murdered in the spot…

In Kansas City, federal immigration officers smashed a car window and dragged a Mexican man out of the vehicle in front of his girlfriend and two young children. The woman broadcast the arrest on Facebook. In the video taken of the arrest of Florencio Millan-Vazquez, Immigration and Customs Enforcement and Kansas City police officers tried to persuade him to leave the vehicle.

The video shows Millan-Vazquez, who is in the U.S. illegally, and his girlfriend, Cheyenne Hoyt a U.S citizen, repeatedly asking to see a warrant. After officers warn that they plan to break the window, an immigration officer illegally smashes the glass and others help drag Millan-Vazquez out of the car.

In Nashville, neighbors surrounded an ICE van after it blocked the driveway of a Tennessee man who was targeted for arrest. The agent gave up trying to arrest the man after four hours.

What people have to understand, is all of these people being seized by federal immigration officials are being arrested on misdemeanor charges, not felonies. Using violence to arrest someone guilty of a minor nonviolent crime in thousands of cases for just being a “suspicious” person of color only proves President Trump right…

“The American Dream is Dead.”