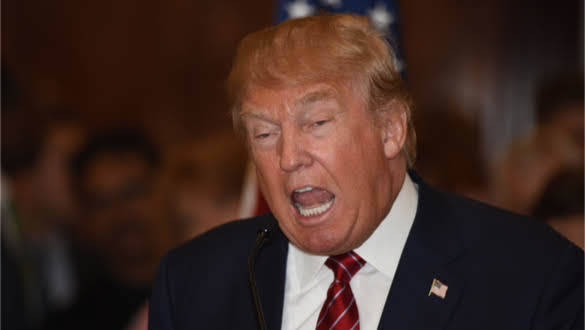 Under a Donald  J. Trump perfect administrative regime, no trials should be required for the president’s political enemies or peaceful protesters of his policies.  Policy objectors should just be executed without wasting time on trials. In making these assertions about extrajudicial executions, Trump has violated his oath of office.

History is riddled with fascist dictators that insisted they weren’t fascist dictators. It’s in the DNA of fascist, authoritarian dictators to insist that murdering and pillaging their country’s citizens is the best way to govern.  It is their psychotic belief the brutality paints imagery in the eyes of their countrymen that they are a messiah.  Trump sees a delusional image that the people of the United States adore him and wish that he remain in the office as their saintly president far beyond the law governed by the Constitutional.

The recent police killing of a self-described anti-fascist now appears to be an extrajudicial execution of the suspect of fatally shooting a far-right activist in Portland, Oregon. President Donald Trump openly endorsed his execution in a Fox News interview Saturday, declaring that “there has to be retribution.”

According to reports, police never attempted to arrest Michael Forest Reinoehl, 48, on a second-degree murder warrant out of Multnomah County in Lacey, Washington. Instead, some witnesses have come forward who live in and around, and Reinoehl’s apartment complex says it was not at all clear that Reinoehl, an ordained minister was even armed when police gunned him down.

Adding to the controversy is a VICE interview before police apparently murdered Reinoehl, Reinoehl said he was acting in self-defense late last month when he fatally shot Aaron Danielson, a member of the far-right group Patriot Prayer.

Trump ignored the controversy and offered the insane justification of the extrajudicial execution of the suspect during the FOX interview, referring to Michael Forest Reinoehl…

“I put out, ‘When are you going to go get him?’ This guy was a violent criminal, and the U.S. Marshals killed him. And I’ll tell you something—that’s the way it has to be. There has to be retribution.” 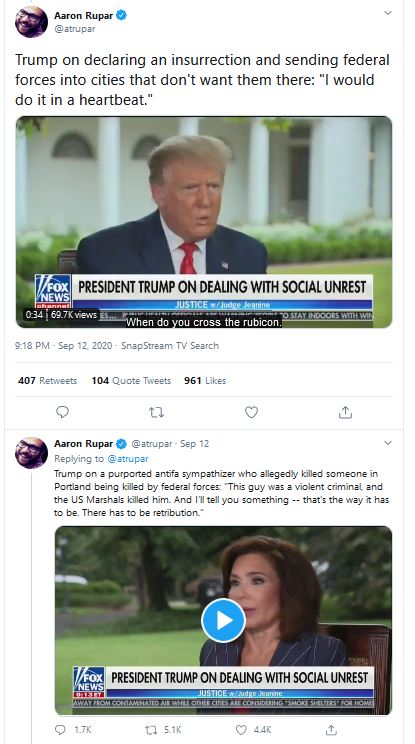 A poll of likely 1,191 likely 2020 voters found that 51% believe that Biden “has the mental soundness to serve as president.” Meanwhile, Only 47% of likely voters, according to the Fox News poll, believe President Trump has the “mental soundness” to be commander-in-chief.

This is potentially a massive problem for President Trump because he has made his mental stability a cornerstone of his campaign. The danger to the president’s re-election becomes even more questionable when you look at the response by the same voters when asked who they preferred based on their compassion. Biden polled over Trump, 62% to 44%, the poll.

“There Has To Be Retribution.”