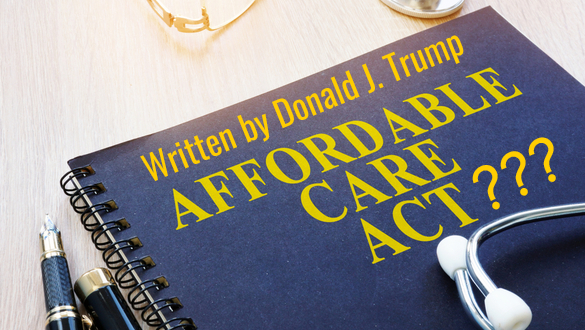 During Sunday’s 20/20 interview with George Stephanopoulos, Trump promised the “the greatest health care that anybody’s ever had” if the GOP sweeps the House, Senate and White House in 2020. New information regarding this new affordable health care plan will be released in two weeks.

The catch, of course, is whether Trump’s rhetoric will result in a detailed plan. When he ran in 2016, he promised American voters better, cheaper health insurance, saying it would be “so easy” only to try to force through a plan that would have stripped 20 million of their healthcare insurance. Then he had the nerve to say no one knew how hard and complex health care insurance was.

“I’m going to have a plan over the next month.”

Trump claimed that Americans would have…

“the greatest health care that anybody’s ever had” if the GOP sweeps the House, Senate, and White House in 2020.”

Keep in mind President Trump has a long history of promising additional information on a whole host of issues in the “next two weeks” including on health care only to forget and forget and ignore his promises. Now he’s claiming he will address healthcare in a month. Meanwhile, the Republican Senate tasked with developing a healthcare proposal to replace Obamacare have made it clear they have “totally abandoned” the effort.