Trump Will Lie, Cheat, and Steal to Win Election. 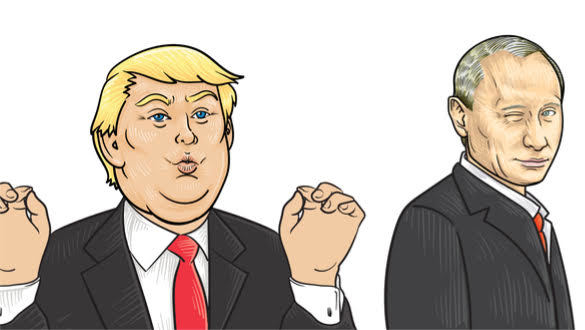 President Trump turned on FOX News! He is telling urging his followers to switch their viewing to the even more adamantly pro-Trump outlet American News Network (OANN). He has the nerve to call OANN more balanced.  In reality it may be a better platform to convey Putin's message to Americans.

A story about Trump’s turning on Fox News was released Saturday by FoxNews.com reported the story Sunday. The president has been warned by our nation’s intelligence agencies at least 20 times for refusing to warn Americans that we are again under the attack from nefarious international actors attempting to stir up trouble in the American election.

The same warnings by the U.S. Intelligence Community provided to President Trump have also been provided to former Vice President Joe Biden; the GOP and DEM political committees and Congressional members have all been briefed on the classified information since the middle of May…

“An official from the Office of the Director of National Intelligence told Fox News that the director of the National Counterintelligence and Security Center, within ODNI, Bill Evanina, has been leading the election threat briefings.”

The  National Counterintelligence and Security Center briefings within ODNI, Bill Evanina, the FBI, and Homeland Security were also present during 20 presentations.  The president’s wiliness to ignore the warning is raising tremendous concern.  The president is ignoring the warnings that are putting our November 3, 2020 election in grave danger of being high-jacked.

A statement from Evanina’s office said…

“The steps we have taken thus far to inform the public and other stakeholders on election threats are unprecedented for the Intelligence Community….we will continue to provide updates.”

It is well known that our nation’s Intelligence Agencies have confirmed that Russia is already interfering in the 2020 election and trying to start conflicts online and perpetuating conspiracy theories throughout social media. Russia was outed for their 2016 work to throw the election for Trump, according to special counsel Robert Mueller’s exhaustive report and a bi-partisan Senate Report released by Senator Burr (R-SC) and Senator Warner (D-VA)

Ironically Trump will do anything to block election interference since he has his head so far up Putin’s rear end or is in so much debt to the Russian president. Instead, he’s waged war against those delivering ballots to Americans.