Trump Wants a National Holiday Named After Him 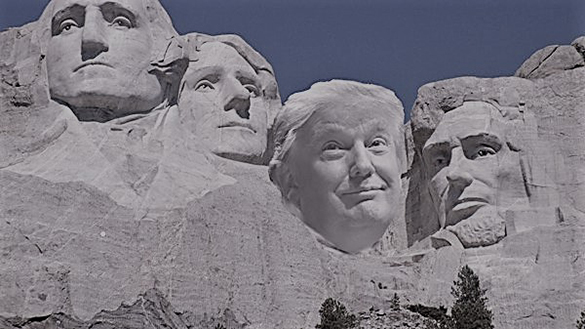 President claimed that "a National Holiday would be immediately declared" if former President Barack Obama made the deals on immigration and the economy that he has.

After President Trump desecrated the graves of American and allied heroes by trashing decorated veteran Robert Muller and calling Speaker Nancy Pelosi disgusting he’s doubled down on his insanity by insisting he deserves a national holiday named after him.

Trump, an unindicted co-conspirator named as “Individual #1” in the indictment and sentencing of his former personal lawyer Michael Cohen took offense to reports that Speaker Pelosi told senior leaders and chairman in her caucus rather than see Trump impeached, she preferred to see him jailed.

Trump has decided not to work with Pelosi or any democrat lawmakers until they stop investigating him. Trump who claims to be the most transparent President in history, has now refused to respond to over 30 subpoenas for documentation and testimony however believes a national holiday should be named for him.

Keeping up his attacks on Sunday President Donald Trump went off on a Sunday morning rant in which he claimed he has done more for the country Barack Obama and, therefore, he deserves a national holiday in his name. May we suggest a discrete monument? 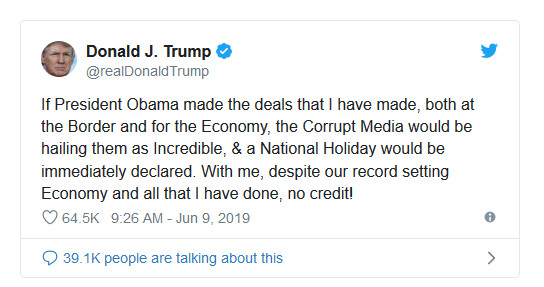 Keeping up his steady drumbeat of hatred of the press that has already endangered hundreds of lives including those of postal workers by setting off a would-be Trump loving assassin last October, who mailed 16 pipe bombs to Trump’s political and press enemies, once again called the press “the Enemy of the People."