Trump Vigilante: ‘The Only Good Democrat is a Dead Democrat” 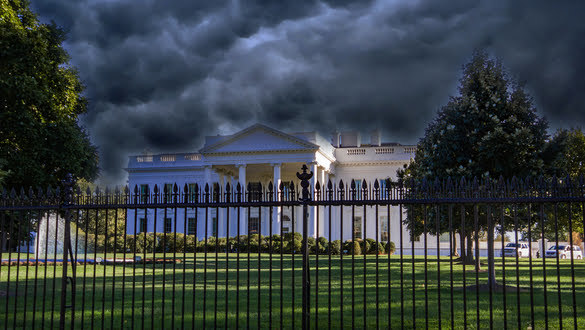 White Supremacy power is Trump’s backup plan if he loses the General Election in November. If he can’t win power by the ballot box, he’ll have no problem holding power by the end of a gun. Couy Griffin who has been widely condemned by elected officials, candidates, and political groups, is welcomed into the sanctum of the Oval Office by the President of the United States.

“The way of the gun” used to be the stuff of western movies that used to end with the good guys riding into the sunset and the bad guys being killed. Trump supporter Couy Griffin and New Mexico county commissioner, dresses like a cowboy, but he should be dressing in a fascist uniform. In his world, people who disagree with their political opinions should be slaughtered. Griffin is an anti-lockdown activist who is also the head of the “Cowboys for Trump” organization, is publicly calling for not only the murder of Democratic governors who he accuses of “treason.” 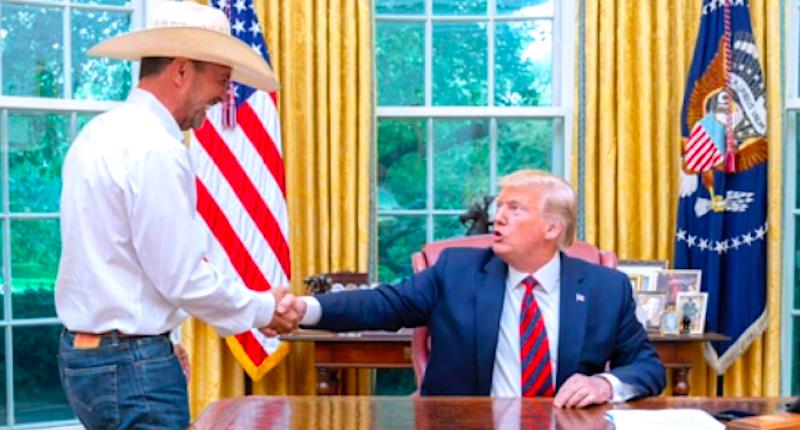 In an interview with The Daily Beast’s Will Sommer, Griffin defended telling fellow activists at an anti-lockdown rally that “the only good Democrat is a dead Democrat.”

“You get to pick your poison: you either go before a firing squad, or you get the end of the rope… “I’ll tell you what, partner, as far as I’m concerned, there’s not an option that’s not on the table.”

Sommer is warning that Griffin’s murderous rage and call for vigilante justice of millions is becoming more common among anti-lockdown activists, even though lockdown restrictions are easing across the United States.

What Sommer is missing, of course, is this group, including Griffin, are, in fact, White Nationalists, an American version of the KKK and Germany Nazi extremists. Under Trump, these ideologies are always welcome. He’s one of the good people on the other side that Trump lauded during the Charlottesville debacle that saw his approval number drop to 36%.

Trump’s fascist political leanings are making possible a series of violent attacks on our country from within.

Free speech is not absolute. If Couy Griffin were threatening the President of the United States, the Secret Service would have already arrested him.

Apparently, if you’re backed by Trump, threatening to murder people is not illegal. Sommer writes…

“On Sunday, anti-lockdown protesters in Frankfort, Kentucky, hung an effigy of Democratic Gov. Andy Beshear from a tree outside the state capitol. The effigy bore Beshear’s face and a message: ‘Sic Semper Tyrannis’ [‘Thus Always to Tyrants’].”

This all took place while Beshear’s wife and children were in the governor’s mansion. Imagine watching bloodthirsty white nationalists marching to your home and screaming for your death while hanging you in effigy. It has happened thousands of time in U.S. history, but instead of hangings in effigy, these kinds of behavior has ended with the hanging of black and brown Americans. At the same time, the government stood back and let it happen; many times, they were among the lynch mob.

“In North Carolina, prominent anti-lockdown activist Adam Smith posted a Facebook Live video on Friday saying he and other activists were ‘willing to kill people’ over coronavirus restrictions.”

“Thus Always to Tyrants” was what John Wilkes Booth said as he assassinated President Abraham Lincoln in 1865.

Adam Smith, Couy Griffin, and tens of thousands of armed want to be vigilantes are willing not only to murder millions of Americans, but they have also been fighting the Civil War for 159 years. Smith’s quoting of John Wilkes Booth makes clear these vigilantes allegiance to President Lincoln’s murderer. That’s why when Trump compares himself to Lincoln, so many who understands the history; cringe at the comparison.