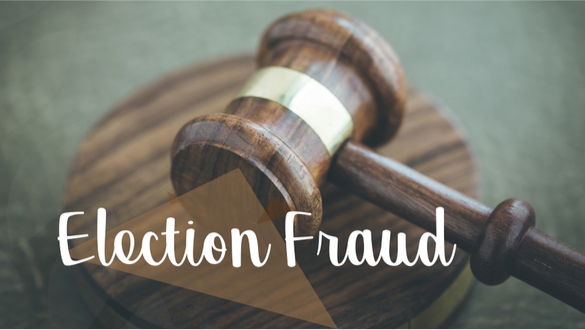 President Trump during an Oval Office interview with ABC This Week anchor George Stephanopoulos asserts candidates should be able to take aid during elections from foreign powers. Donald Trump Jr. knew from the first email that Russia and its government were lending its support to get his father elected.

Even though U.S. election law prohibits political contributions to candidates by foreign nationals, as well as candidates’ acceptance of anything of value from foreign nationals and this law was bolstered Section 303 of the Bipartisan Campaign Reform Act of 2002, also known as the McCain-Feingold Act. President Trump believes listening and accepting, intelligence from a hostile foreign power is perfectly acceptable, as opposed to immediately reporting any overture to the FBI.

President Trump went on to assert that his chosen FBI director is wrong in believing Federal election law, administered by the Federal Election Commission, prohibits contributions, donations and other expenditures by “foreign nationals” in any federal, state or local election as well an exchange of any “thing of value.”

President Trump must realize it was clear in the very first email Donald Trump Jr. received mad clear the Russian government was reaching out to support his father’s campaign to be elected President in 2016… 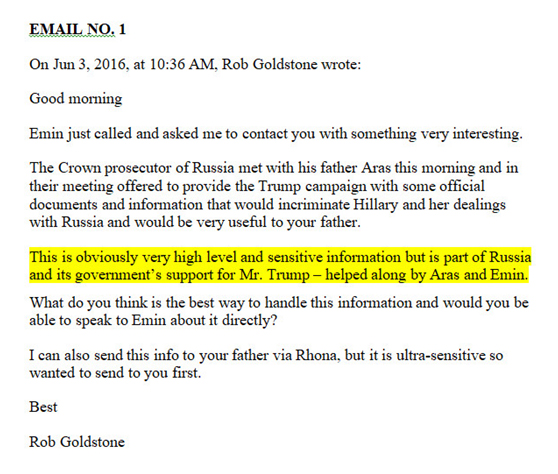 Instead of calling the FBI and telling them the Russian’s are trying to inject themselves into his father’s campaign for the Presidency, Donald Jr. welcomed their help.

The irony, of course, is Trump’s Attorney General William Barr is now taking the unprecedented step of investigating, how and when the investigation of Russian interference in the 2016 election began, by investigating our country’s intelligence agencies, including CIA agents.

The fact is Donald Trump Jr., and everyone who knew the Russian government was offering help to get his father elected who attended or knew of the meeting in 2016 should be indicted and tried for violating U.S. law.

President Trump once again believes he, his family and his administration is above the law. Publicly refuting U.S. law and stating that member of Congress has been accepting help from (hostile) foreign powers. Trump’s Twitter feed today attempted to spin his belief that his getting help from any foreign power if completely normal… 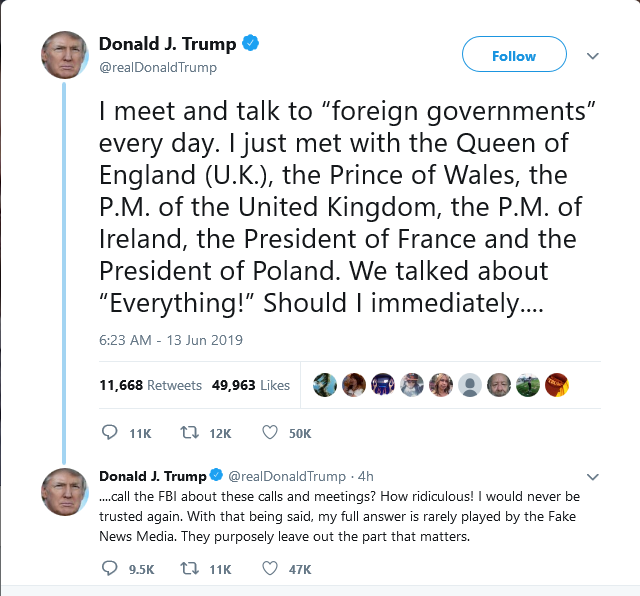 The answer is, of course, Mr. President if you are offered anything to help you get elected during your (off the record) meetings with Russia’s President Putin, North Korea’s Jim Jong Un or China’s President Xi, yes you should immediately inform the FBI and your intelligence agencies.

Even Senator Lindsey Graham, when questioned by reporters outside his Senate office, could not defend President Trump’s position…

However, Graham lied when he asserted that the investigation into the Russian interference in the 2016 election was initiated as of the result of information garnered from the Steele Report. Graham went on to assert he has never accepted help from a foreign power to ensure his election.