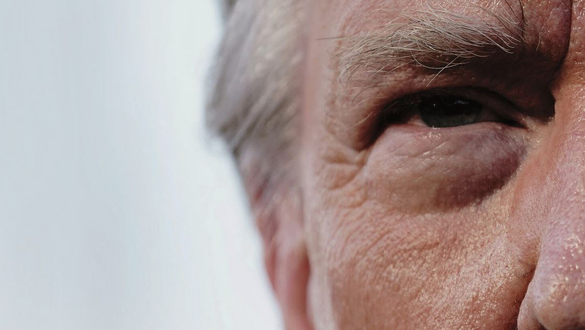 Insolent to the Republican and Democratic Parties, Donald Trump enters the Third fight to usher in a new phase of political upheaval by presenting new challenges to accountability, free elections, and the rule of law.

Late on Tuesday, Donald J. Trump gave a meandering speech announcing his third run for the White House, rehashing old themes as he tried to rebrand himself as a political outsider for his 2024 campaign.

With 217 elections now declared, the Republican Party is one seat away from gaining a majority in the House of Representatives. Nine elections have yet to be called, with the Democrats now ahead in the vote tally in five of those races and the Republicans in four.

The flags were only decorative accents that set the stage for his long, accusatory address full of historical revisionism, frightening warnings about "Marxists" and "globalists," apocalyptic assertions of failure that only he could remedy, and pledges to "Make America Great Again."

Donald Trump was standing by himself on a big platform in the white and gold ballroom at Mar-a-Lago. His hands were on both sides of the lectern, and his head was cocked. Shortly before he mounted the stage, an assistant had affixed a brand-new, blue sign that said "TRUMP" on the podium. MAKE AMERICA GREAT AGAIN. 2024.

Though the ballroom was full of the typical Trumpan menagerie of oddballs, who camp out at his rallies to former top White House officials, he did so in virtual seclusion. Rep. Madison Cawthorn (R-NC), who lost his race and left the Capitol months ago, was the only member of Congress visible. Trump supporter and Florida congressman Matt Gaetz cited weather concerns that were obvious to no one else and canceled at the last minute. Melania Trump accompanied her husband onstage but remained in the audience throughout his remarks. Ivanka Trump released a statement after her father's address, saying she would not be participating in the new campaign.

Despite what many people may believe, Donald Trump is not a quitter of a loser, at least in his own mind. While his party was still reeling from the recent dismal midterm election results, and the GOP was still hoping to throw a "Hail Mary" and win one more Senate runoff in Georgia, his advisors urged him not to mention the dismal GOP showing in his address, as it was Trump's candidates whom the American people snubbed.

He stood on the international stage in the Kingdom of Mar-a-Lago one week after an election that had put his status as Republican Party god-emperor into severe question to an unprecedented degree. Unfortunately, the much-touted red wave never materialized as everyone had hoped. The election results showed that the Democrats maintained control of the Senate and came very close to maintaining control of the House. Many Republicans blamed President Trump, whose selected eccentrics were rejected by voters who were otherwise anxious for change. From the conservative media to the House and Senate, even once-sympathetic Republicans were rushing to brand him a loser, publicly asking for new leadership.

As he typically does, Trump took a combative stance, pitting himself against the rest of the planet. After all, he is still the Donald. He gets his kicks from anarchy and returns the favor by cultivating a high degree of uncertainty, dissatisfaction, and rage inside himself. On the other hand, he is ecstatic with happiness because of his accomplishment. The establishment may wish he would vanish all it wanted, but he would never agree to that.

Outside the ballroom, the world was disintegrating on numerous fronts, including a continuing epidemic and a war in Europe. Crime and inflation were rising, and Twitter and cryptocurrencies were collapsing. These are the situations that Donald Trump has always been able to capitalize on: times when everyone is out for themselves, periods of maximum confusion and disorder, junctures at which reasonable people seek refuge, in other words, times when a leader is required.

He carried the same defiance, anger, and oppositional spirit with him this time as he has in the past. Since nothing like this had ever happened in the past, it was a complete shock to many. A long time ago, when Americans were desperate for novelty, even the most far-fetched concepts were worthy of consideration. Trump fails to recognize that while he remains the same hateful individual, those he preaches to are sick and weary of the hatred.

His army of discontented supporters, perhaps, has gone beyond Trump's recklessness, in which he would say or do anything, destroy everything or anybody in his path to accomplish what he wants.

Trump is confident in his explanation for the midterm elections results, which is that conditions have not deteriorated enough. The administration of Joe Biden is a disaster, but it is a slow-moving disaster that has yet to completely appear in the perception of a great number of people.

Exit pollsters found that an overwhelming majority of respondents believed that the nation was headed in the wrong direction. However, those citizens of the United States who cast their ballots a week ago did not seem to have any delusions about the state of affairs in the country. They have a negative opinion of the present president, do not trust him to manage the economy or maintain public safety properly, and are worried about the future. They did not consider Trump and his crew of reality-denialist nutjobs a viable option.

Many Republicans, even those somewhat tolerant of Trump, just cannot stand losing and are ready to move on. For example, former Representative Tom Davis claims that the Republican Party "lost a number of contests that, had he not been engaged, we definitely would have won" in states like Pennsylvania, Arizona, and New Hampshire because of the president's choice of candidates. It seems like he's attempting to create a political party in his own image, but politics is all about building alliances. And as we all know, Donald Trump's primary interest is solely in himself.

On Capitol Hill, members of Trump's party were in full-on breakdown mode in the hours before the president's speech. One week after Election Day, the head of the House Republican Caucus, Kevin McCarthy, finally realized that the majority was within his reach, and on the following Tuesday afternoon, his caucus nominated him to be the speaker of the House. However, he only won 188 out of the 218 votes he will need on the floor in January. He is up against a roiling conservative insurrection, and it is unclear whether he understands how to tame it. Meanwhile, in the Senate, Republican leader Mitch McConnell is facing a challenge from Senator Rick Scott of Florida, a challenge that looks unlikely to succeed but would further fracture the normally united lines of the party. McConnell is bound to stay in the minority.

Even Trump is confronted with new difficulties. Every Republican is talking about Ron DeSantis, the newly elected governor of Florida, whose victory by a landslide of 20 points last week was a rare bright spot for the party's struggling candidates. After the election, Trump released a statement tearing into DeSantis, whom he calls "DeSanctimonious," as "average." And later, he issued an unprovoked racist broadside against Virginia Gov. Glenn Youngkin for good measure. The New York Post referred to him as "DeFuture," and Senator Cynthia Lummis of Wyoming called him "the current leader of the Republican Party." During his address on Tuesday, President Trump did not identify any of his possible opponents.

One apparent advantage that Trump has over his competitors for the nomination is his army, which consists of his most devoted supporters who are willing to follow him to the ends of the world and who would even attempt to topple the government if he commanded them to do so on his behalf. But even that may not hold: a number of recent surveys have him in second place behind DeSantis among voters in the Republican primary. In one study, which was a nationwide poll of Republican primary voters done after Election Day by the independent marketing company Seven Letter Insight, DeSantis was the first pick of 34% of respondents, which was higher than Trump's 26%. According to the results of that survey, 67% of all voters, including 40% of Republican supporters, believe Donald Trump should not run for president in 2024.