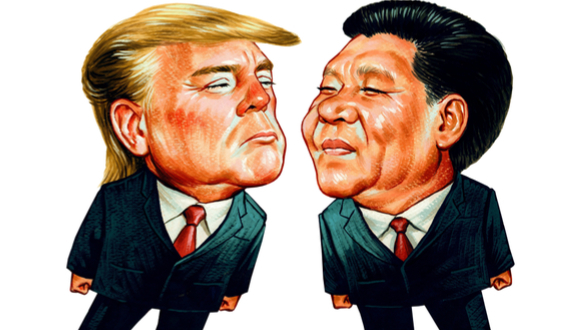 Beijing announces they are accelerating the adoption of a new foreign-investment law as another step in negotiating a win-win trade deal with the Trump Administration.

None of the steps China has unilaterally taken have been sufficient to qualm President Trump's threats to increase and continue U.S. tariffs on Chinese imports as the proposed deadline on March 1, 2019, get closer, just 30 days from now.

Earlier this month the Chinese government announced it would reduce their trade deficit to zero, a significant concession by China, in the next six years to zero, and began making large purchases of U.S. agricultural products. Trump's response was to voice the opinion that the Chinese should do it within three years.

Every concession made by China in recent weeks has been met with more demands and threats. Trump’s Twitter update on China and United States negotiations is a prime example of the hostile way he negotiates, something that cost him and the GOP 40+ seats and control of the House of Representatives. His threats and caustic negotiating style provided no leverage during the 35-day partial government shutdown. Today’s update on the negotiations with China ends in a threat to China if Trump doesn’t get everything he wants…

“Meetings are going well with good intent and spirit on both sides. China does not want an increase in tariffs and feels they will do much better if they make a deal. They are correct. I will be meeting with their top leaders and representatives today in the Oval Office. No final deal will be made until my friend President Xi, and I, meet in the near future to discuss and agree on some of the long-standing and more difficult points.”

“Very comprehensive transaction. Looking for China to open their markets not only to financial services, which they are now doing, but also to our Manufacturing, Farmers and other U.S. businesses and industries. Without this, a deal would be unacceptable!”

The Chinese financial services alone represent the opening of a $21 trillion a year market.  Its multi-billion dollar agricultural purchases initiated in good faith and willingness to buy tens of billions of U.S. natural gas have done nothing to ratchet down Trump’s rhetoric as a Chinese trade delegation arrived in Washington this week. Despite the many moves taken by Chinese President Xi to find in an attempt to end to the U.S.-China trade war because he’s concerned about the economic slowdown taking place in his country as reported by David J. Lynch and Anna Fifield The of the Washington Post.

Trump’s all or nothing approach to negotiating a deal with China may make getting a deal done by his arbitrary deadline impossible. Michael Pillsbury, a China expert at the Hudson Institute and frequent White House adviser, was quoted yesterday as saying …

“I’m not an optimist about getting the big deal.”

Even with China passing laws at an accelerated pace, Beijing doing in three months what usually takes at least a year to do, underscoring President Xi Jinping’s eagerness to makes a deal.

The new laws being enacted would help China attract much more foreign investment, and offers new strengthened protections for foreign investors’ rights and interests, while also dramatically improved protection of intellectual property for foreign companies investing in China. However, all of this may not be enough for President Trump.

However, the proposed changes in Chinese law that the standard practice that has existed of forcing foreign companies to make their technology available to Chinese partners would now be outlawed, and instead the Chinese government would instead encourage “technological cooperation” on a voluntary basis that could be negotiated.

Without a doubt, the concessions proposed and are underway by China’s government are precisely the kinds of structural changes the U.S. and other capitalist democracies have been trying to get from the Chinese for over a decade and are needed to create a more equitable system.

According to the Washington Post, Yao Xinchao, a professor at the University of International Business and Economics in Beijing, said China is making the kinds of fundamental changes that are needed.

“China will make concessions but won’t do everything at one go, and some issues, like the business environment, just can’t be changed in a short period.”

That may not be enough immediate compromised and justification for President Trump. His all or nothing approach may eventually doom both China and Europe to a trade war for as long as President Trump is calling the shots.